OH MY ZOMBIES - I have never been so terrified ! 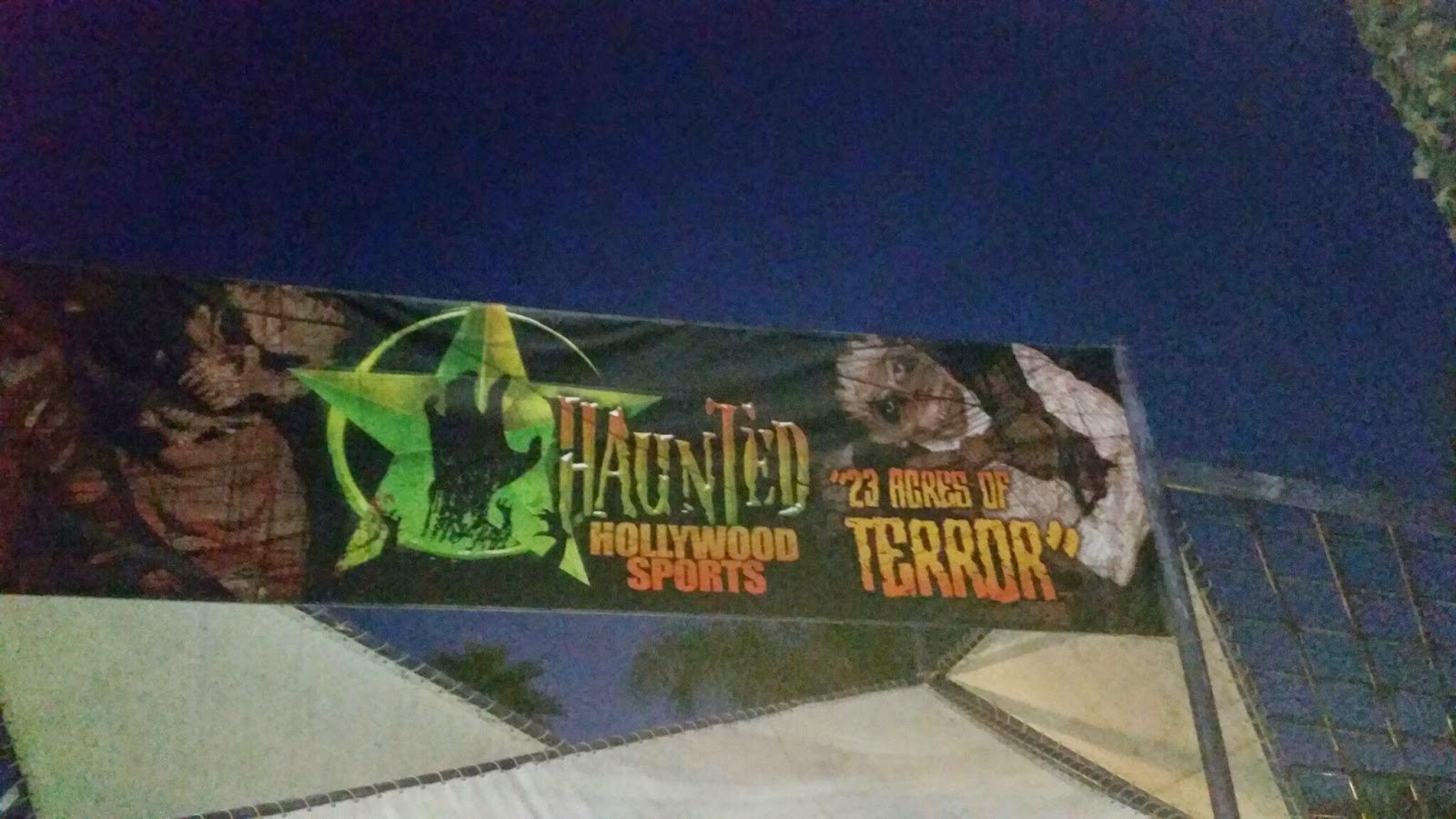 When I first heard about Hollywood Sports I was totally interested in checking out the Air Soft guns and paint ball facilities . I mean what mama doesn't want to shoot stuff ?!
BUT, then I was invited to Media Night at HAUNTED Hollywood Sports !
Haunted Hollywood Sports is what the regular every day paint ball facility is transformed into for the month of October !
I was not sure what to expect... Would I get shot? Would I get attacked by Zombies? Would I get ditched in a maze? I wondered if I would even make it out of the "Safe Zone Base Camp"! I'M SERIOUS!
From the moment you walk to the gate, you know it's going to get real and super fast.  You can hear the trucks, the flashing lights, the creams and the excitement! 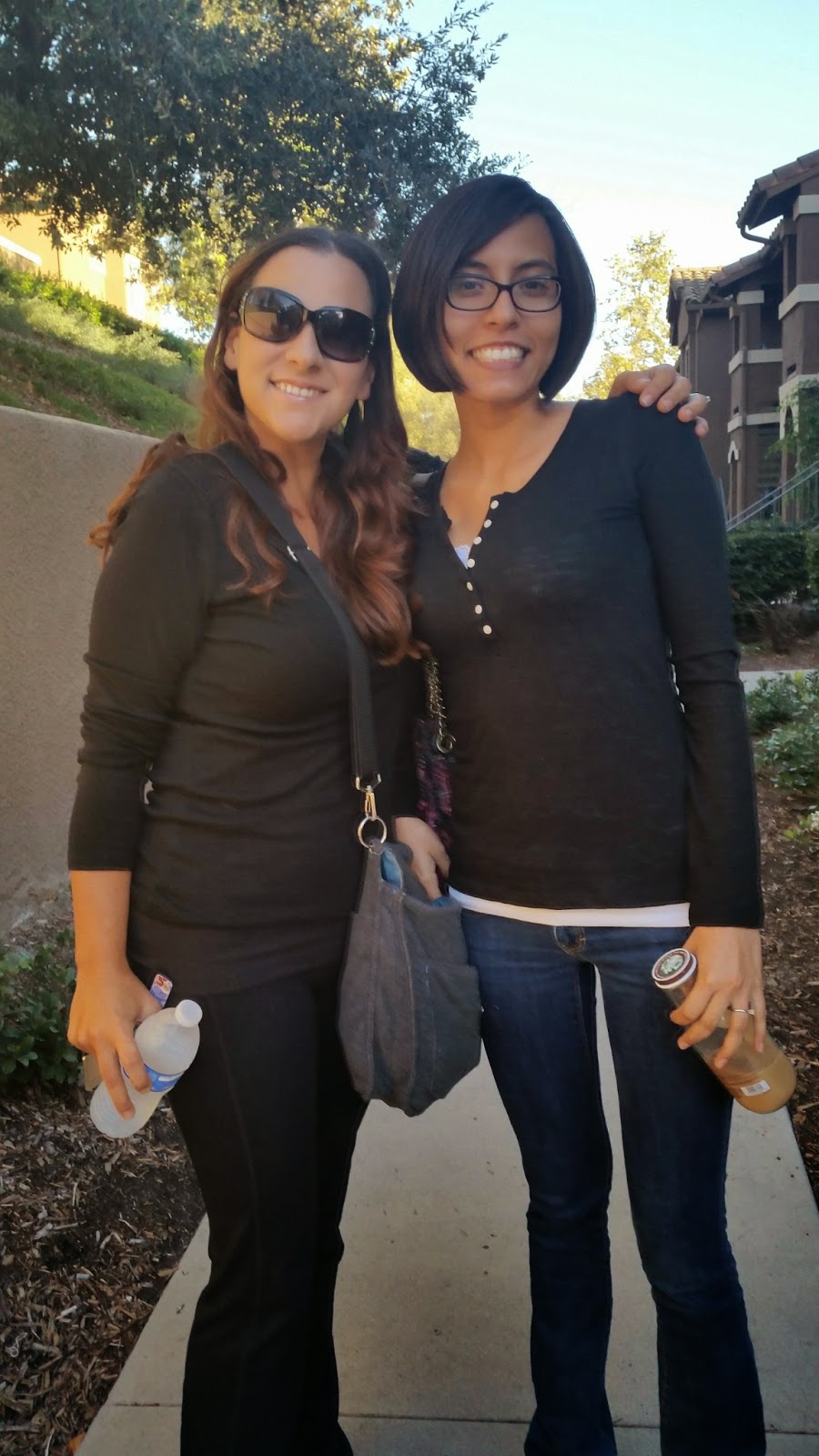 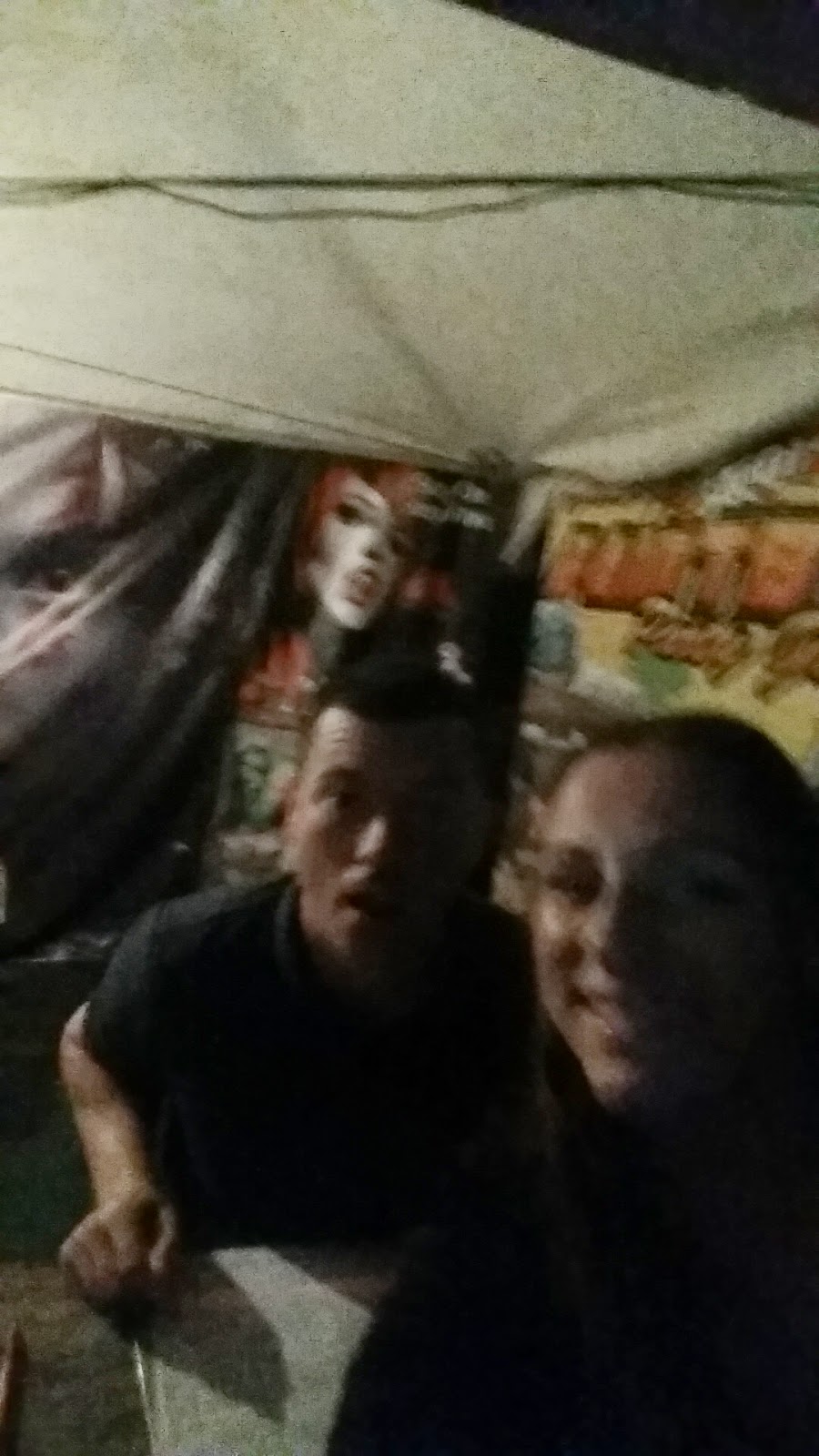 Before the event & the amazing Jerry P & I .

Jerry is awesome !
He promoted the event through bloggers and media and did a great job of all of it with the HHSP staff !

As we walked up to the event, we noticed that the staff was in character from the get-go and there was no getting around it ! Everywhere you turned there was either a commander telling you what military vehicle to get into or someone screaming that the Zombies were getting everyone ! 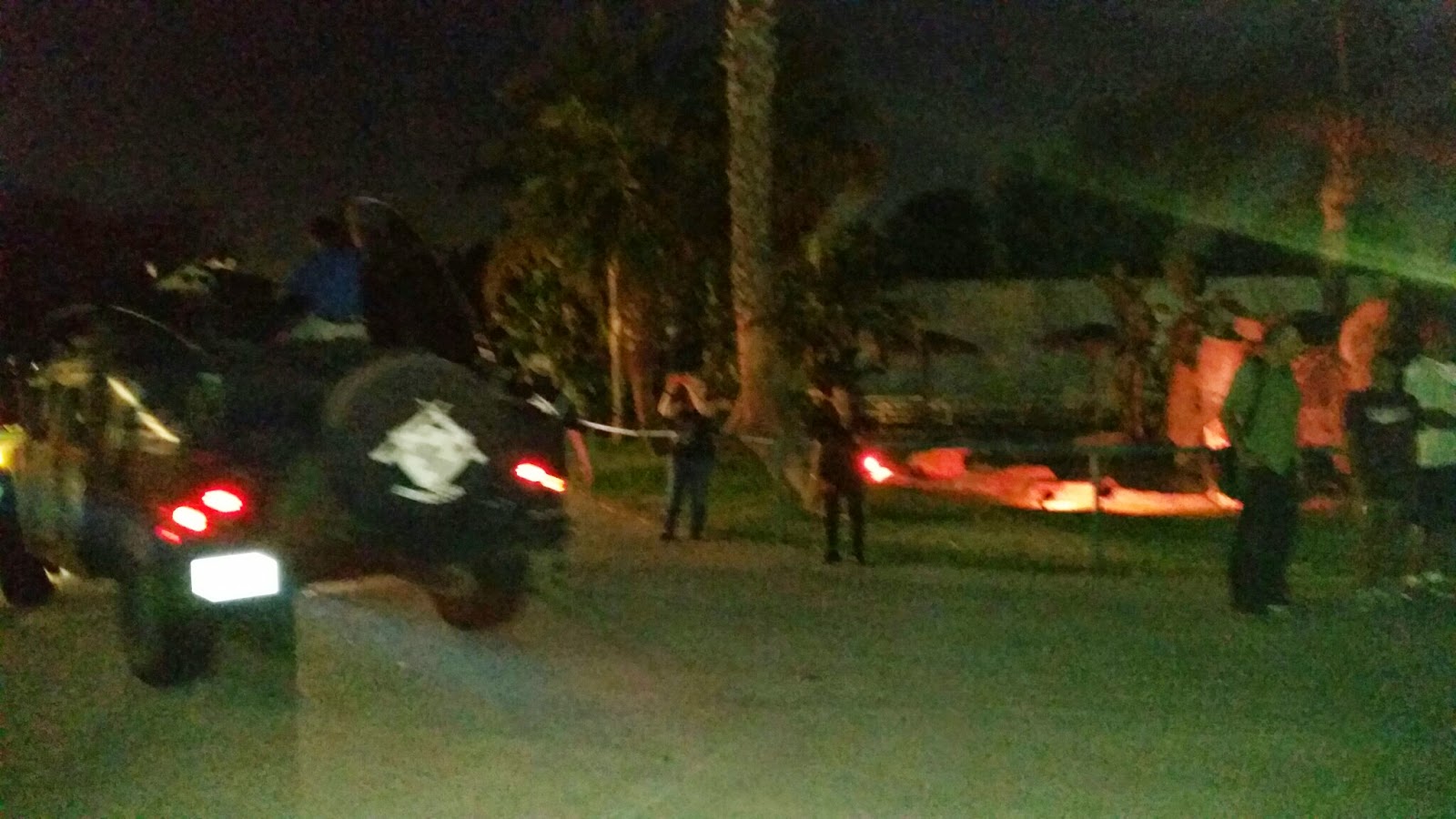 It really helped you get in the mood for a scary night!

We were calmed down with food, deserts and a bar ! 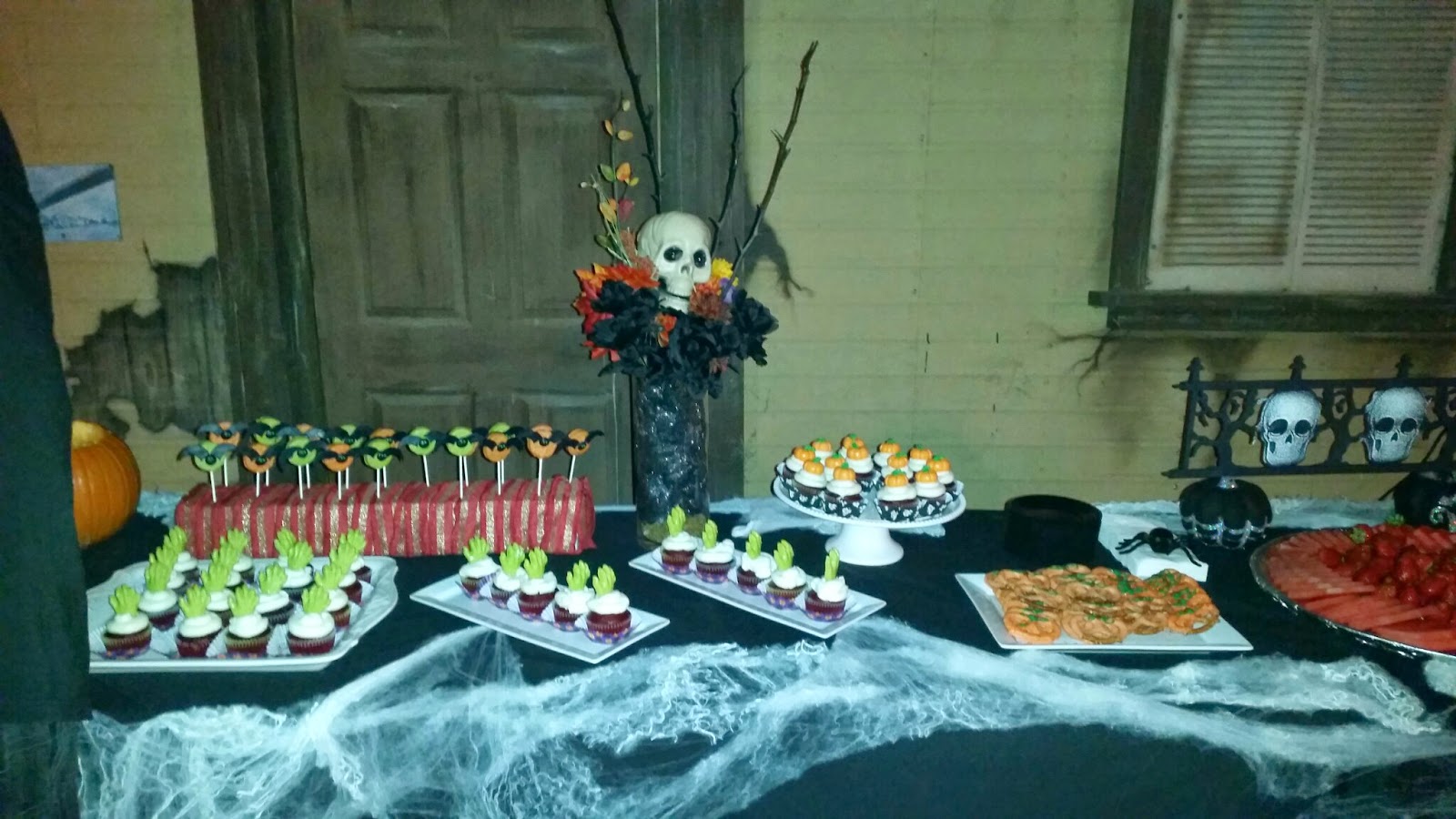 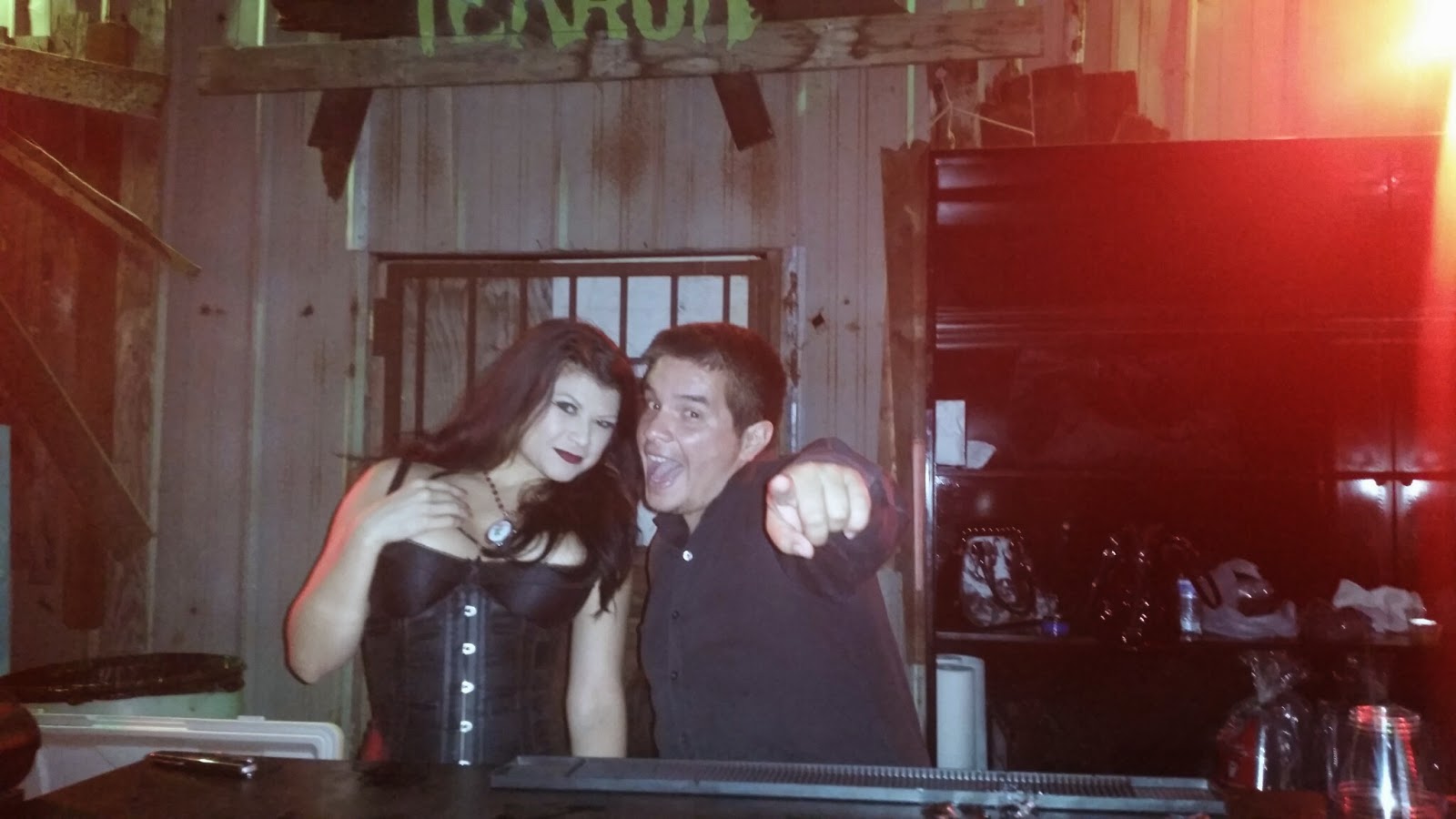 These Bartenders were awesome !

We previewed a lot of amazing frights !
I'm glad hes on our side ! 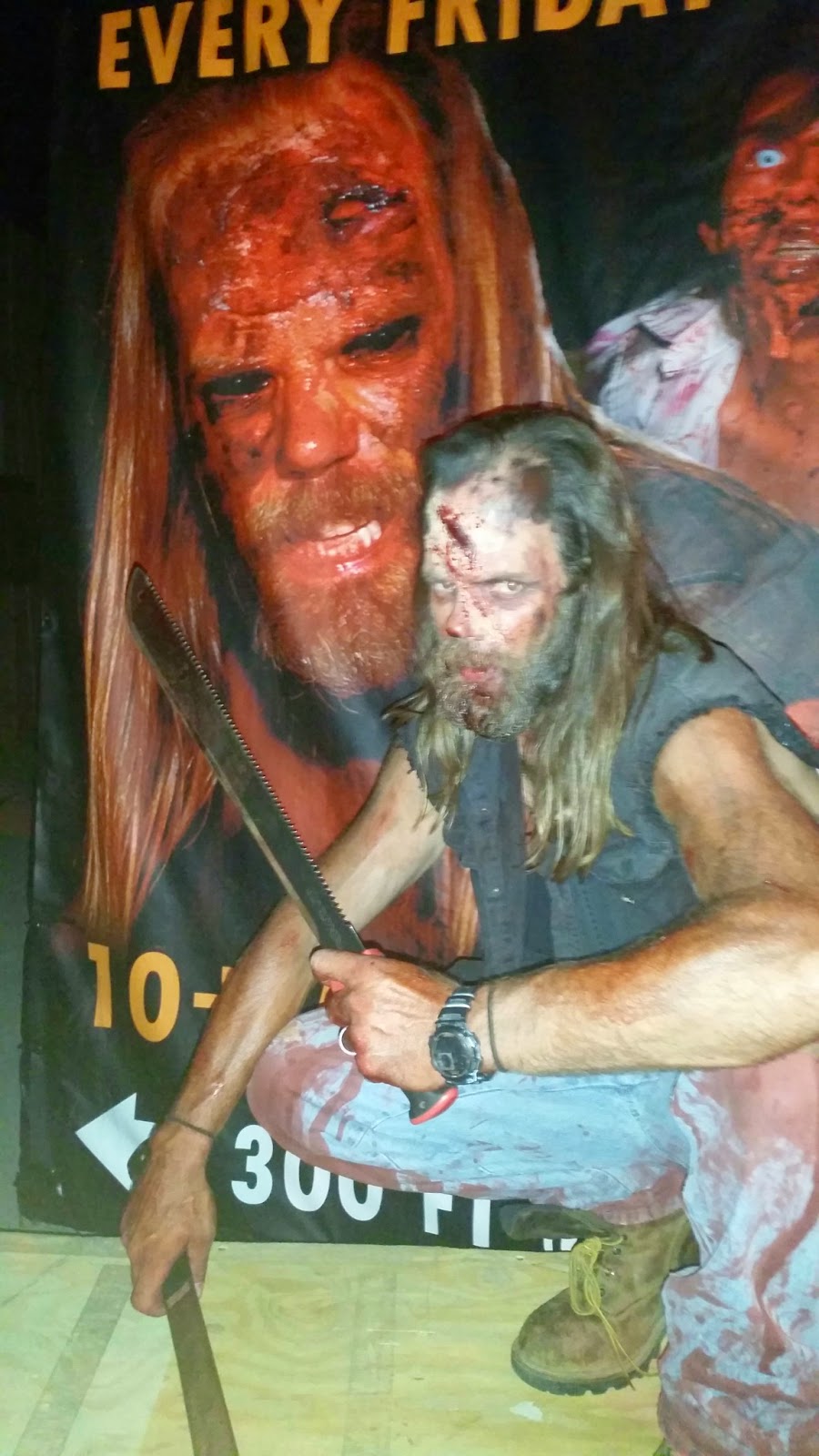 After everyone enjoyed some down time and music, we were greeted by the owners. They were super interested in making sure that everyone had a good scare while having fun ! 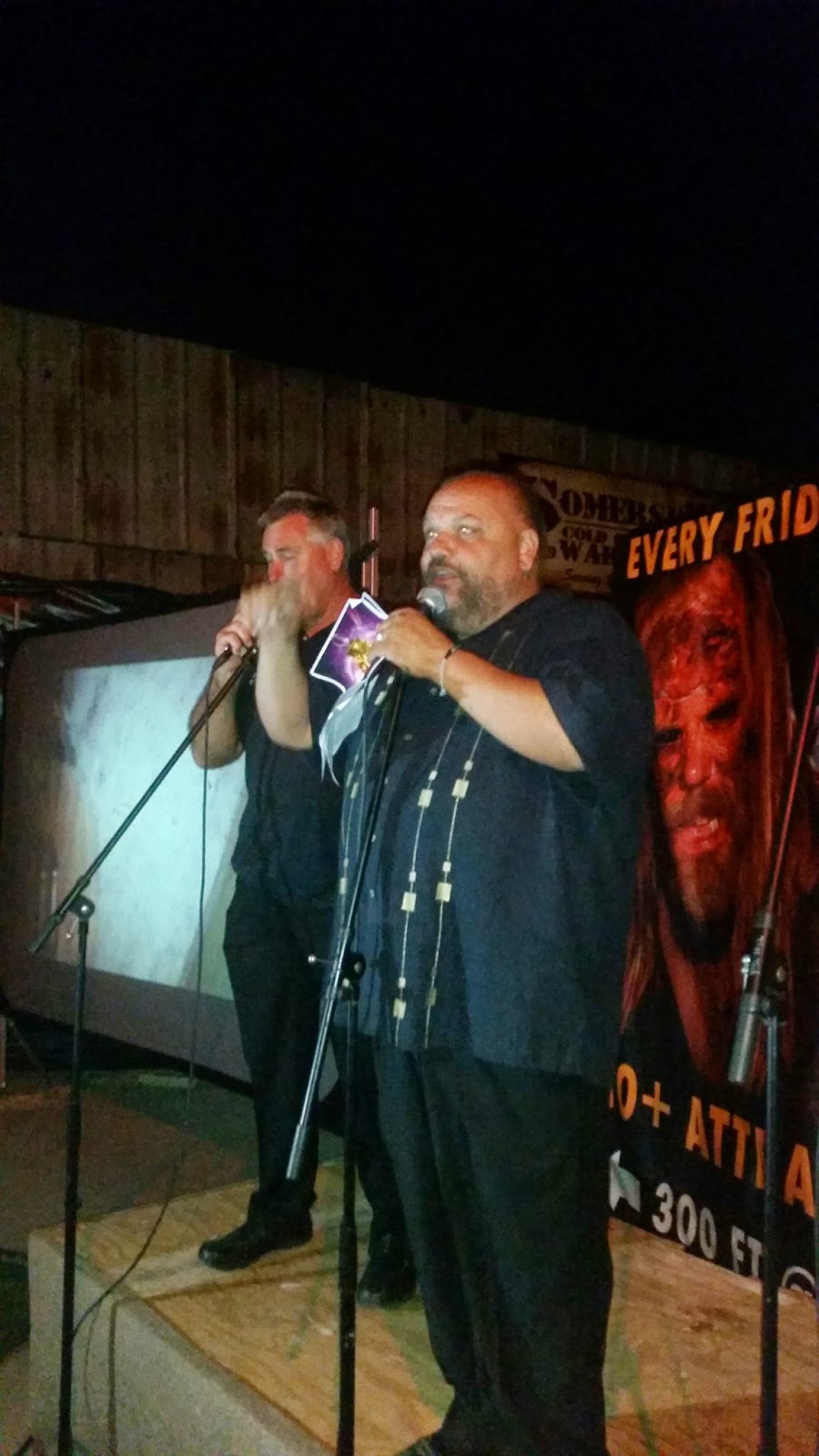 The Zombies were then walked into the mazes that we were previewing and got ready for us to shoot at them ! Yes, I SAID SHOOT THEM ! How cool is that ! COOLEST EVER I'D SAY ! 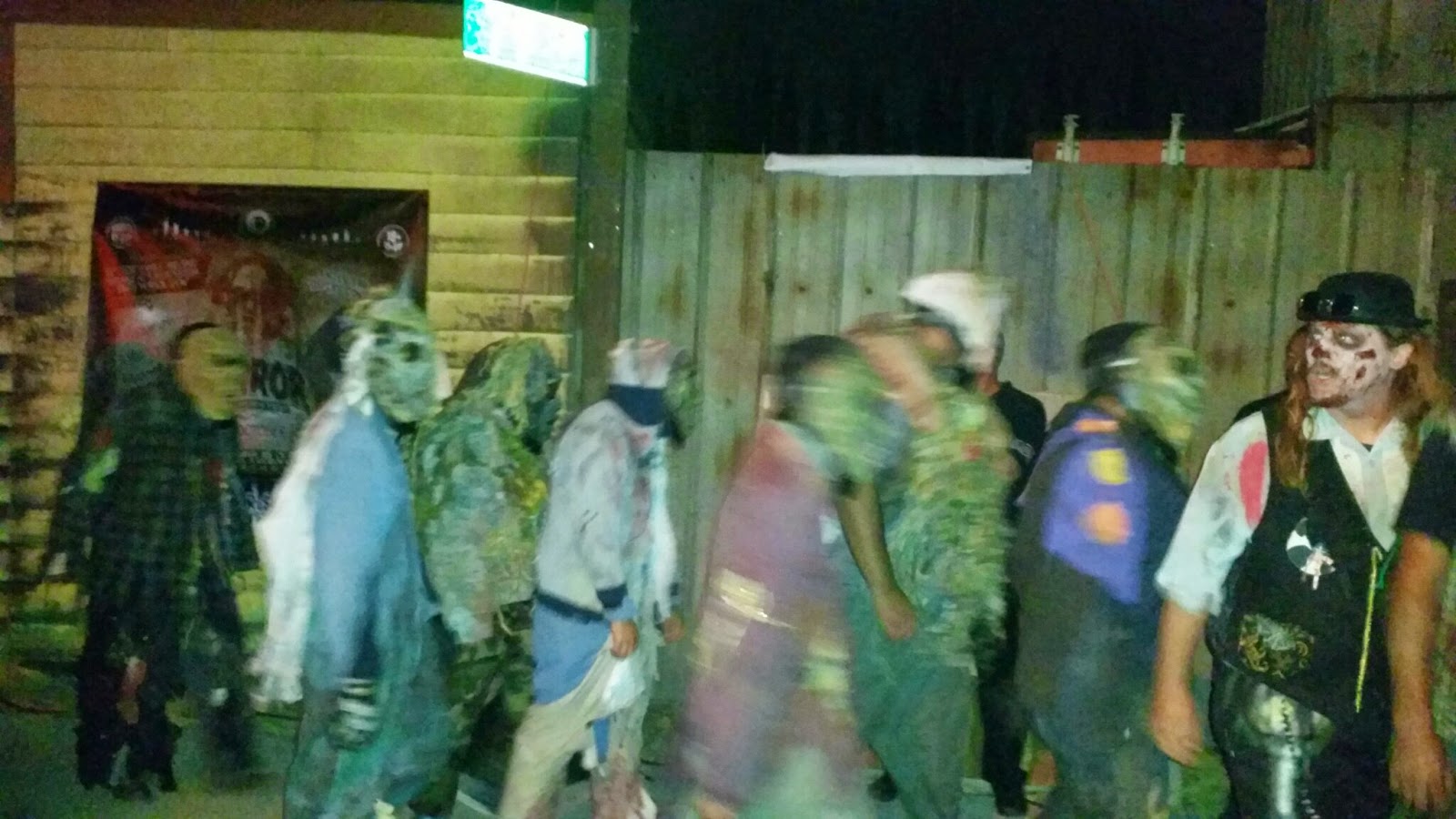 At this point I started to worry a bit.... I mean I was terrified and I knew what was coming. The Maze Preview! I swear my palms were sweating !

We met an awesome PR group! They helped ease the fear a bit when they told us that there would be 2 mazes for preview. One was where only WE shoot, and the other was a Kill Zone where THEY touch and shoot too ! WHAT ?! OMG !

So... I myself chose to experience the maze where I SHOOT and I am NOT shot at. I figured that would be the best option for me since my left side was a bit of an issue more than normal. This way it would be easier for me to walk through and shoot and not have to run and hide ..lol

Thanks for the Tip Mak at BLK MGC Creative Arts ! Matt you guys rock ! 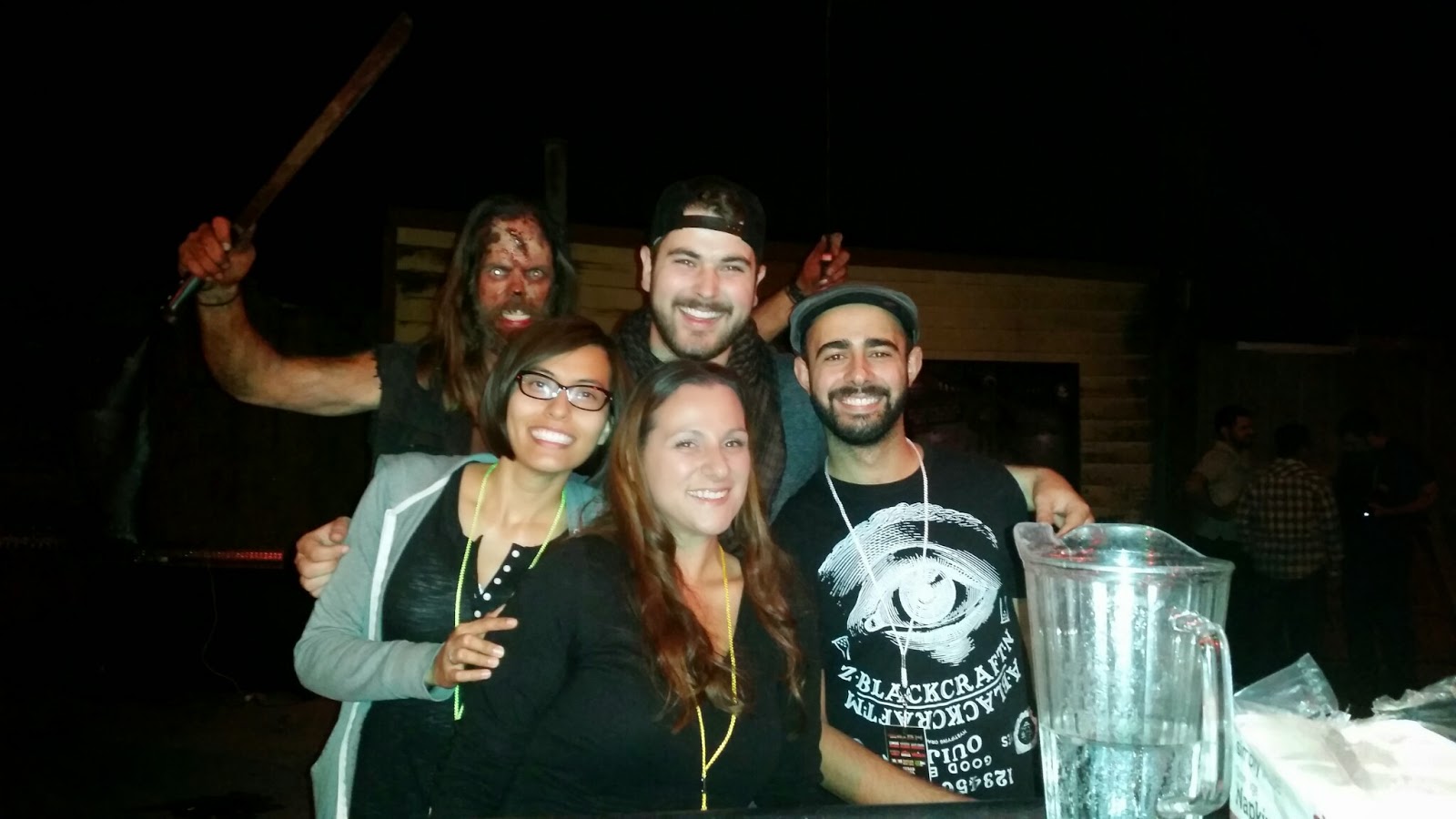 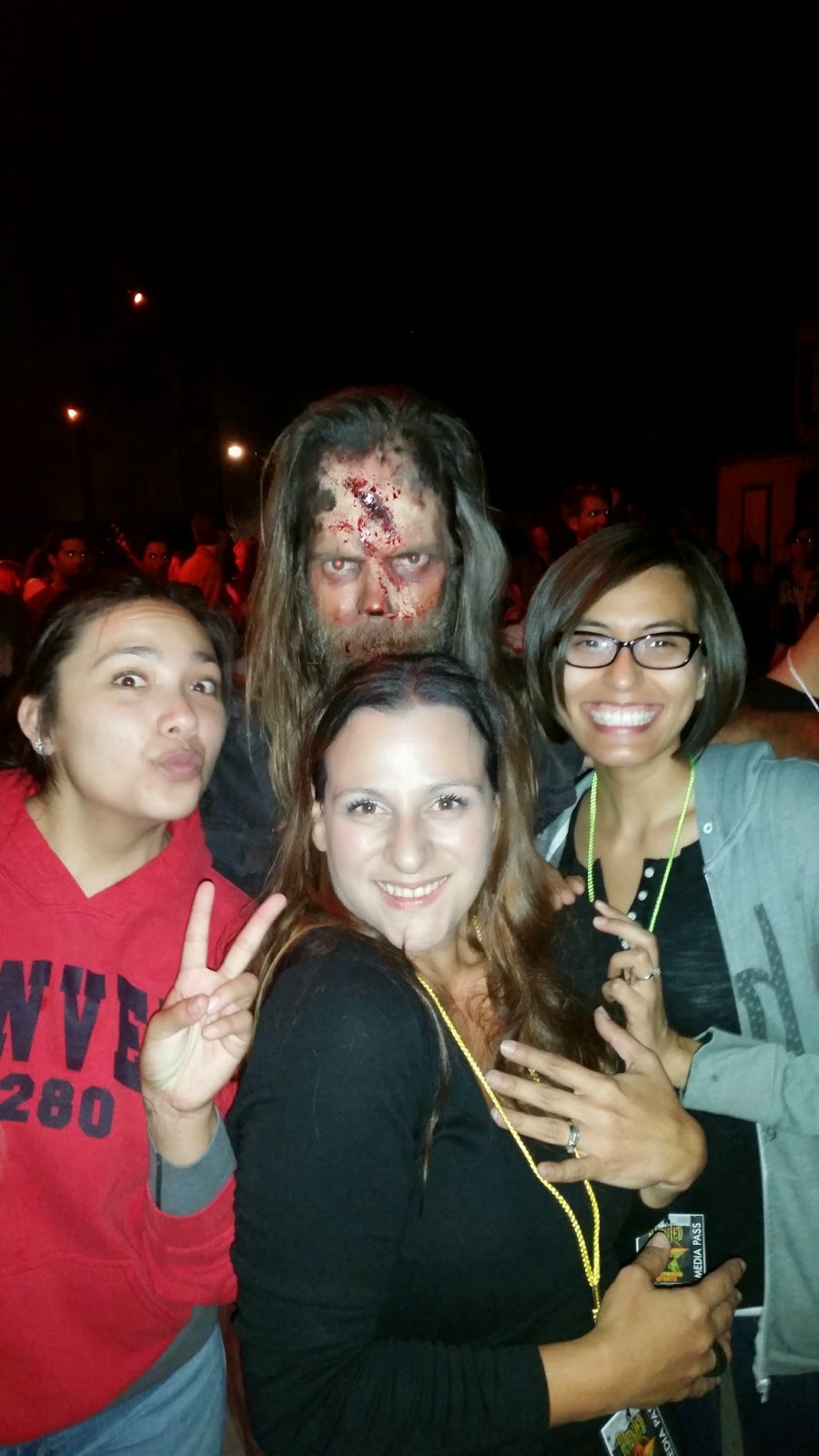 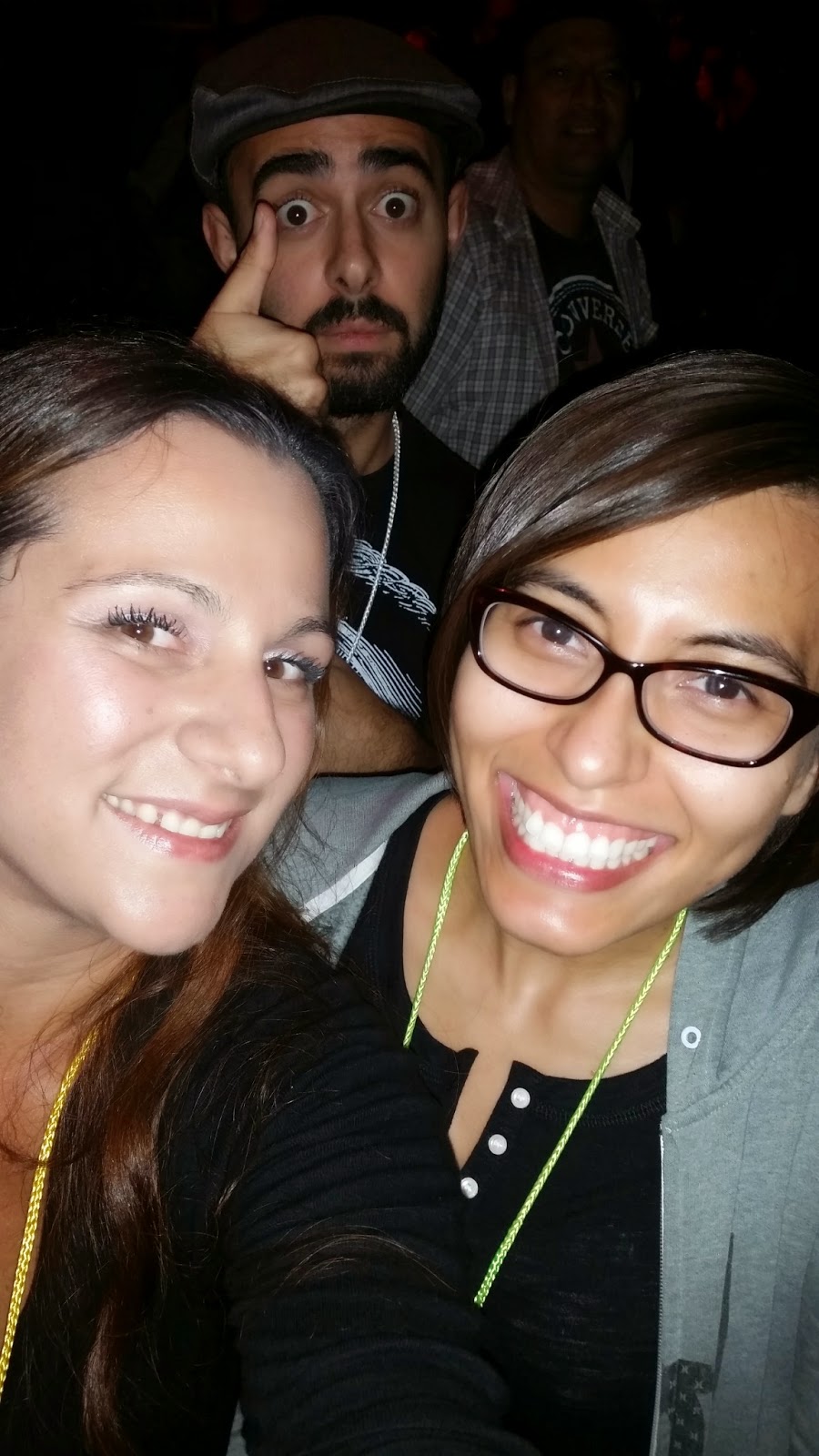 Plenty of FRIGHT and SCARY SIGHTS at Haunted Hollywood Sports!
Amazing Staff and People that attend these nights make the whole event the best Scare Night ever !

While everyone waited for their color and or number to be called there was an awesome side show and preview going on of the entertainment that is at the events !

This was super cool..This guy was insane and full of insanity ! Oh but soooo awesome to see ! 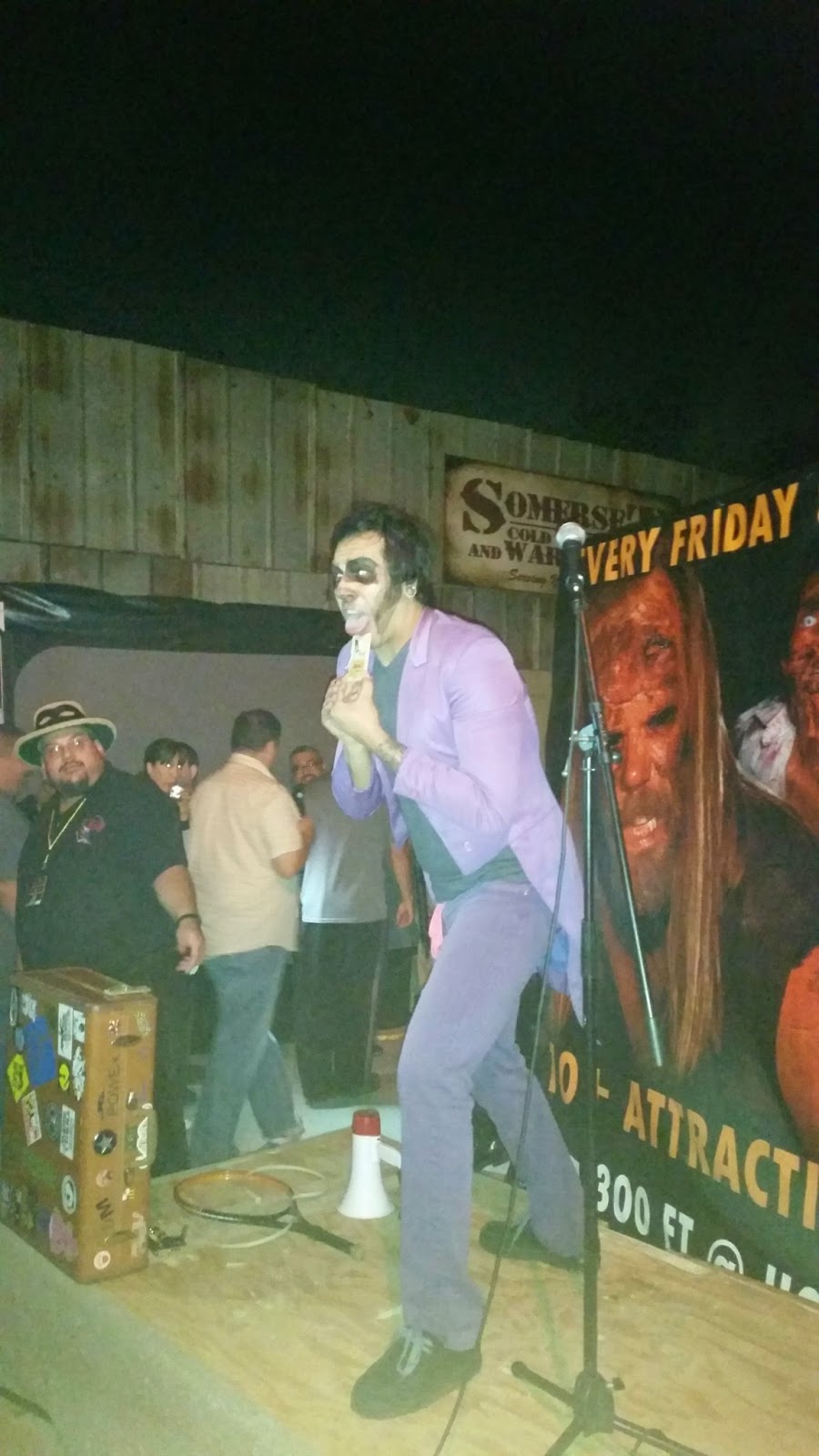 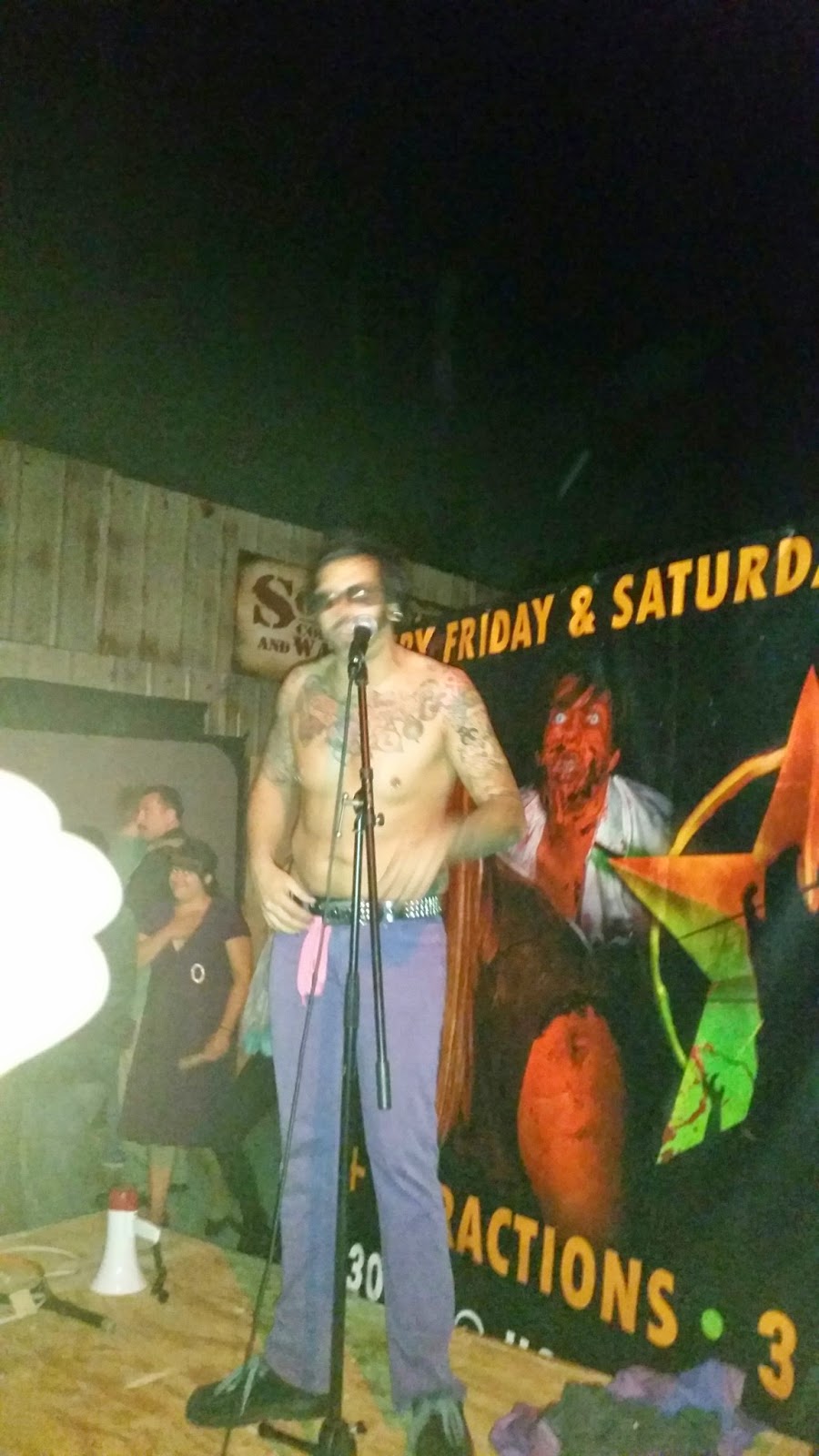 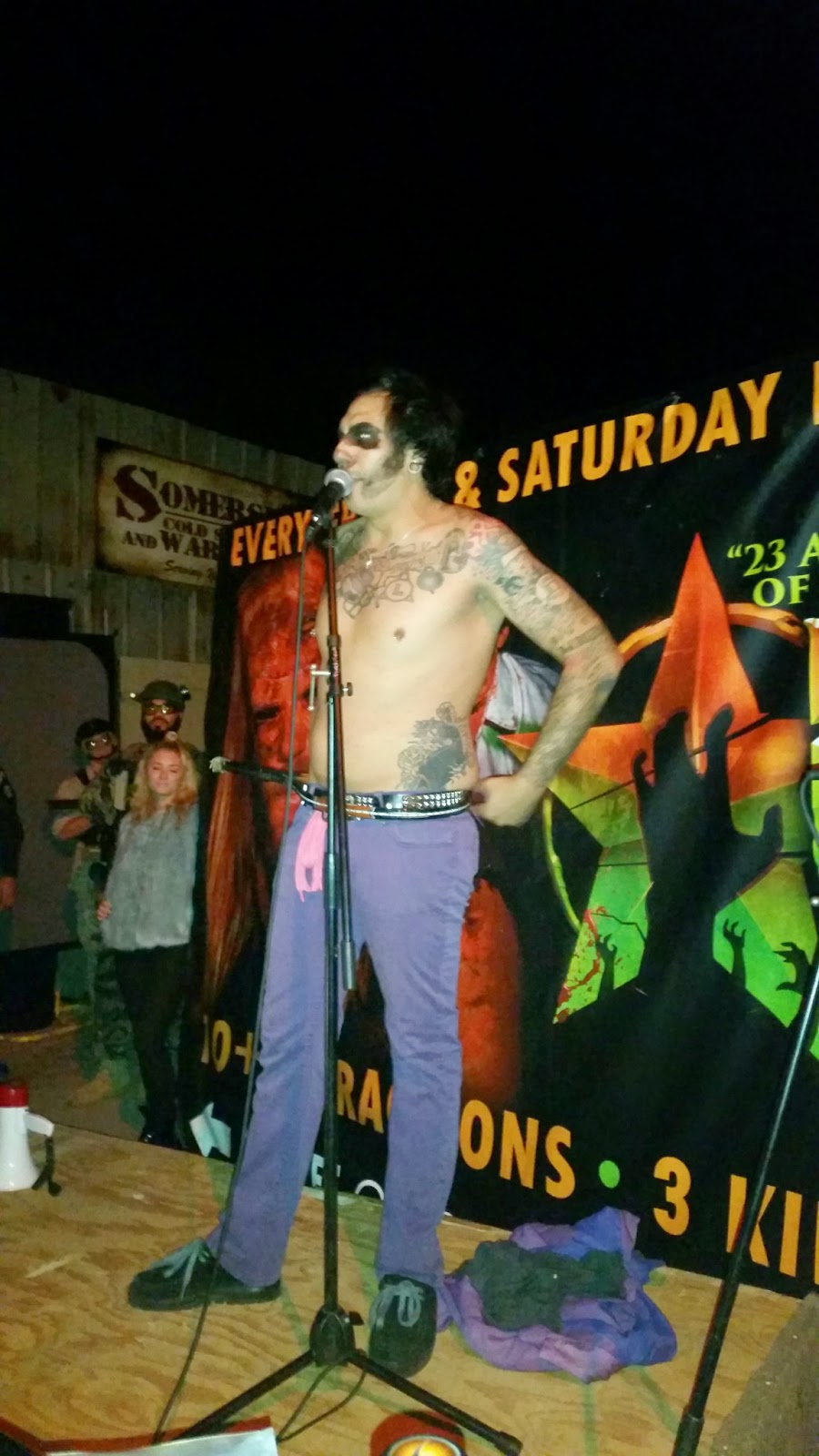 There were signs everywhere of ZOMBIES and FEAR !!!!!!! 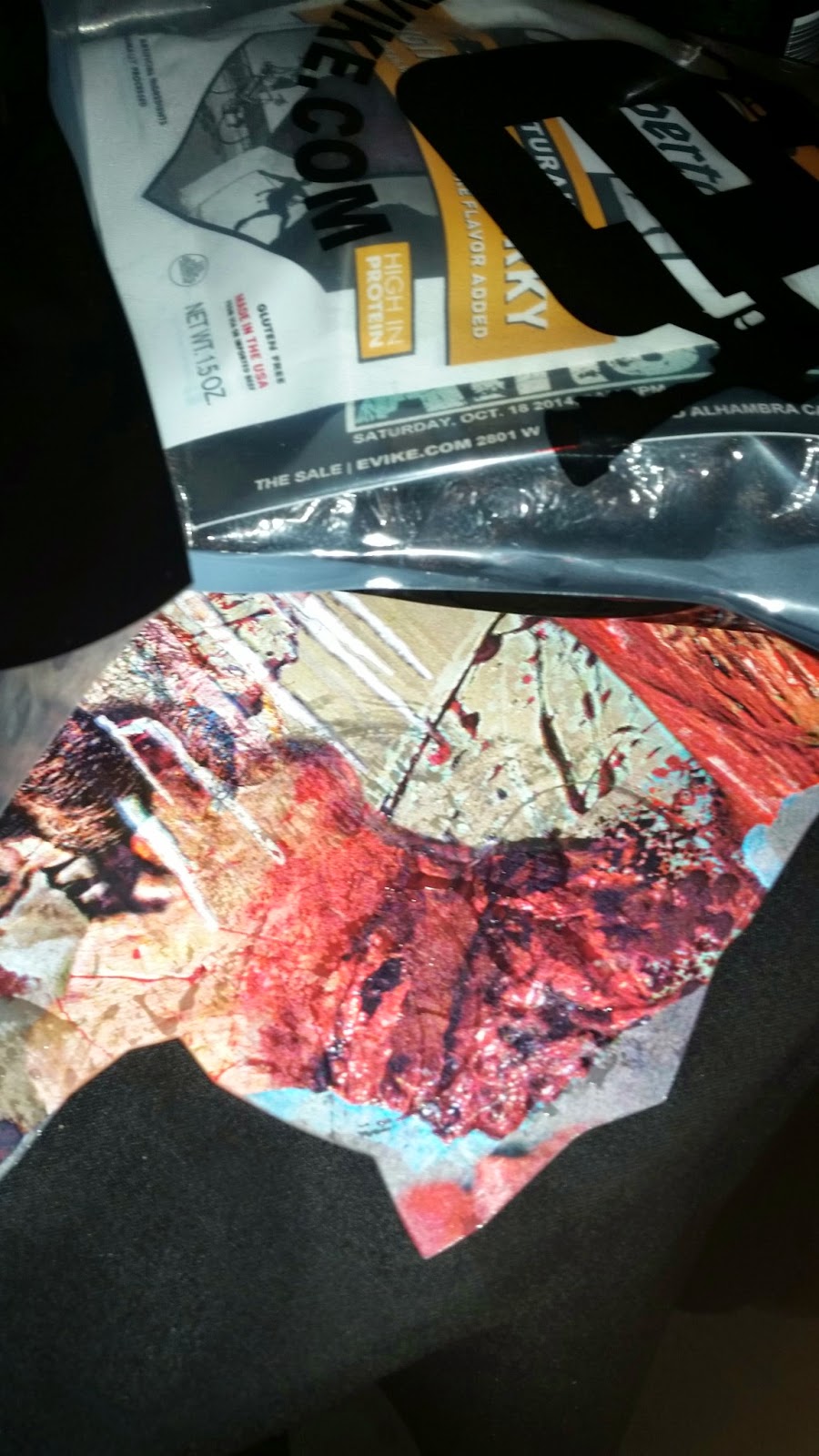 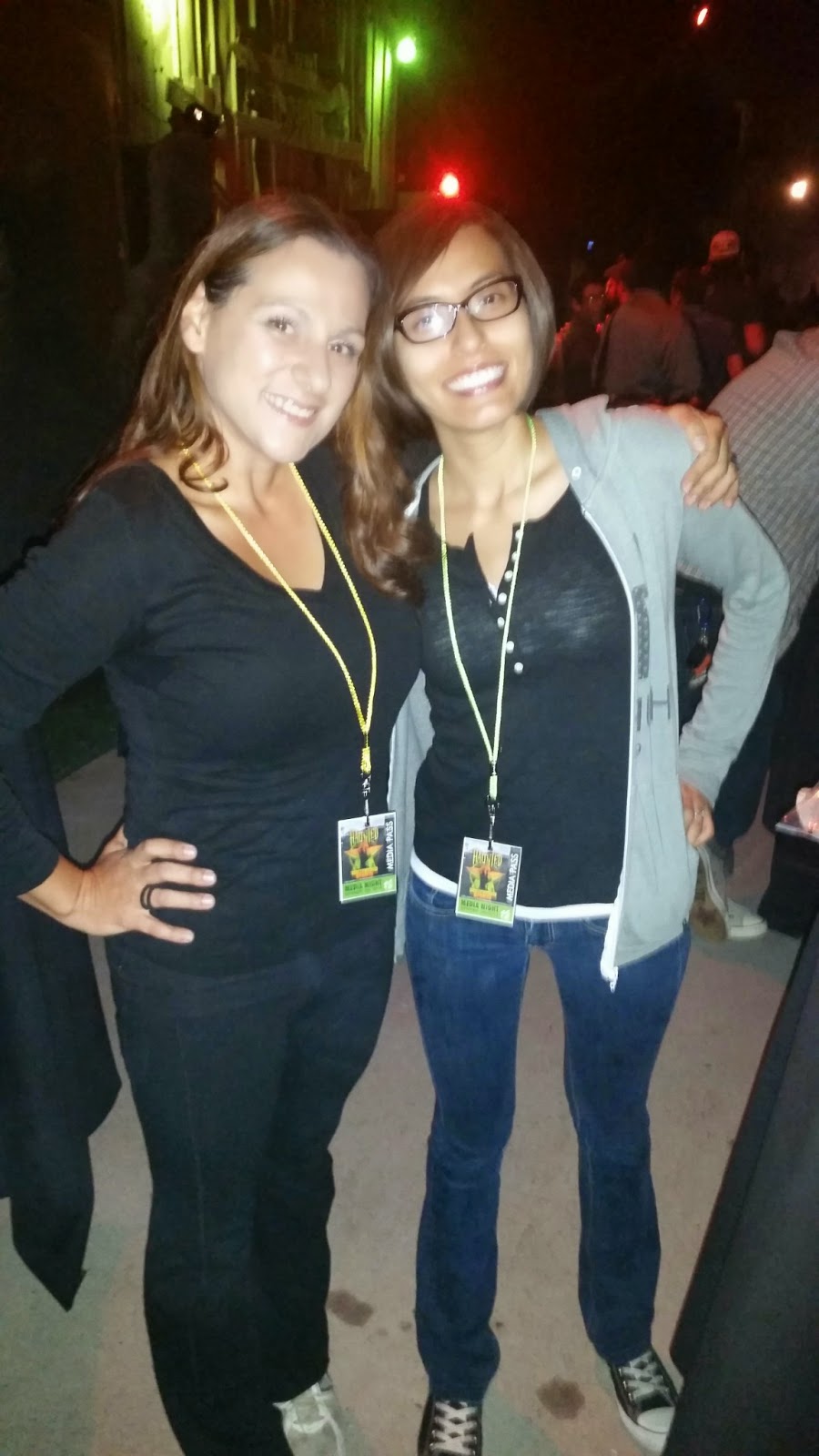 With our Media Passes on we decided it was our turn to go where girls scared to the bone go .... the maze where WE can shoot but NOT BE SHOT AT !!!!! lol haaaa SUCKERS !
We survived a walk through sample of what terror would run this place on the actual nights its going ! I am not kidding when I say that just hearing the names of the mazes makes me cringe ...

Also I should admit that as a first timer, OMG, that was insanely fun to be able to shoot and not be shot at lol haaa  -  Yeah - I loved it!

If you get a chance to make it over to Haunted Hollywood Sports YOU REALLY should ! It is the most interactive fright and scare activity I have ever been to !

When does this 23 Acre of terror event take place ?
HAUNTED HOLLYWOOD SPORTS IS EVERY FRIDAY AND SATURDAY OF OCTOBER INCLUDING SUNDAY OCTOBER 26TH AND SATURDAY NOVEMBER 1ST FOR DAY OF THE DEAD.
Dates and Hours of Operations are:October: 3, 4, 10, 11, 17, 18, 24, 25, [26], 31November: 1st (Day of the Dead)(Ticket Box opens 7:30pm. Gates open 8:00pm and close MIDNIGHT)
BUT.... to help get the SCARE PARTY started, I have been given the opportunity to run a GIVEAWAY for two tickets to one of the nights of this event !
If you win you can pick what day you want to attend from the days listed below !
Choose between October 10,11,17,18,24,25 for this Giveaway !
WHAT IS INCLUDED ?
Your General Admission to Haunted Hollywood Sports includes all 4 mazes, 3 Scarezones and access to the Safe Zone Vendor Village. All other attractions are available with an additional charge.
Enter the Giveaway Below : a Rafflecopter giveaway Enter NOW - GIVEAWAY ends on 10/6/14 !
MUST be 18+ to Enter and Win !
Good Luck to All who enter !
#OnTheGoOC