We had a blast at Disney On Ice Worlds Of Fantasy !

We love to enjoy activities and spend time together as a family. One of our favorite traditions every year is Disney on Ice ! There are so many different shows and new shows created yearly that we just can't get enough!

This year was a bit different for us. My son, who is in an ABA behavior and speech based program, attended with us for his first show at 3yo !

There is so much going on in each show of Worlds Of Fantasy !

First up in the story line were the Cars of Radiator Springs. They were all there. This is my son's most favorite movie, ride and play set. We all enjoyed the fun that Tow Mater, Lightning and the crew brought out onto the ice ! Kachowww ! 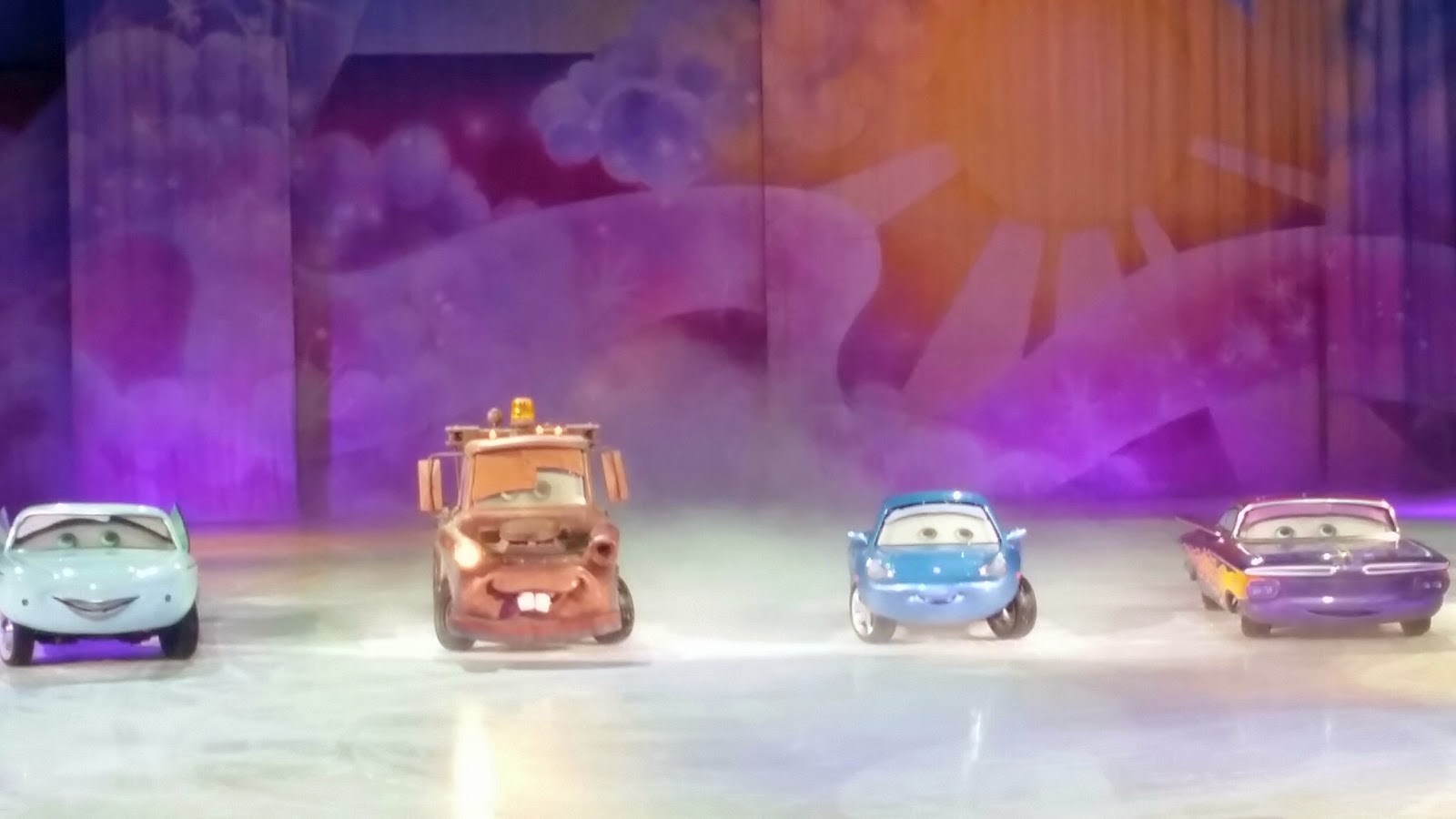 Next up was... can you guess ?
The Little Mermaid... my daughters most favorite movie and princess of all time.
The skaters and props are spot on to the story line. The lights the sound.. just perfect with the action going on ! 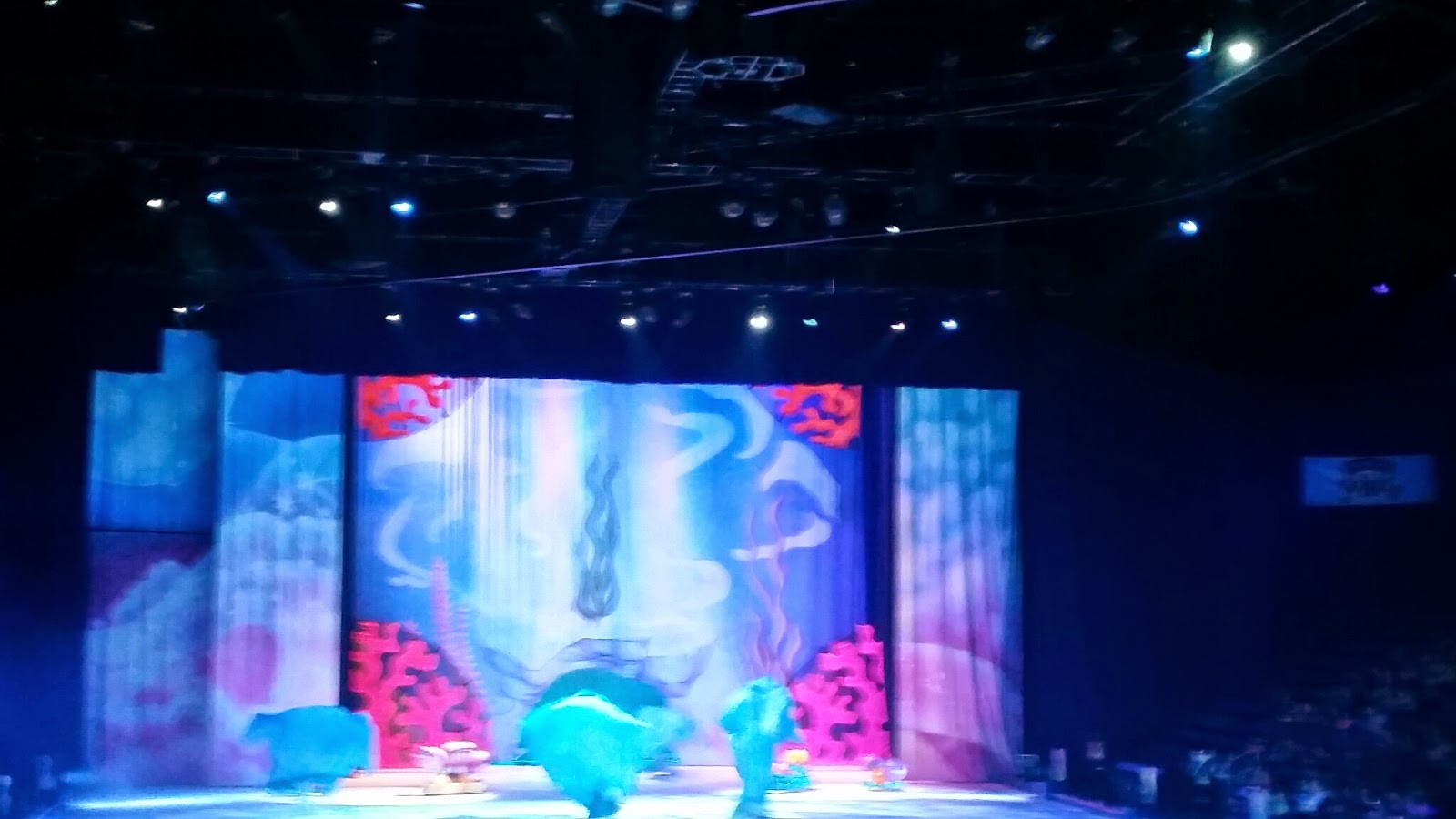 Wishing we could be part of her world we watched as Ariel and Eric left for their castle.

Whats this ? Always a surprise and in the air ? It's Queen of all the pixies and shes here to make sure that Tinerbell has everything set and ready, even if Vidia is trying to get her into some thistle trouble! So So SOOOOO cute ! It really was like watching the movie live. They did a great job of rolling it all into a portion of the show. 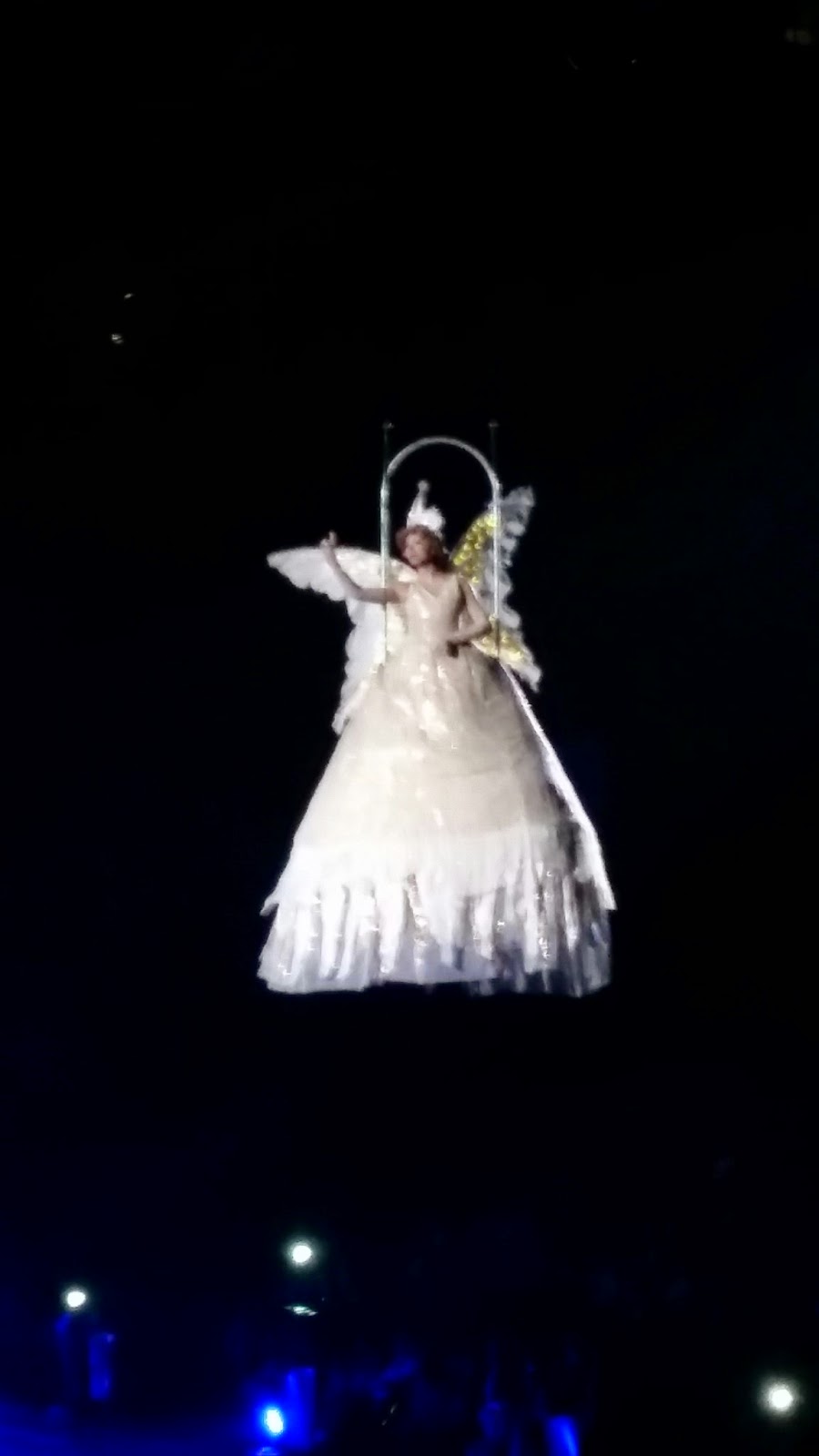 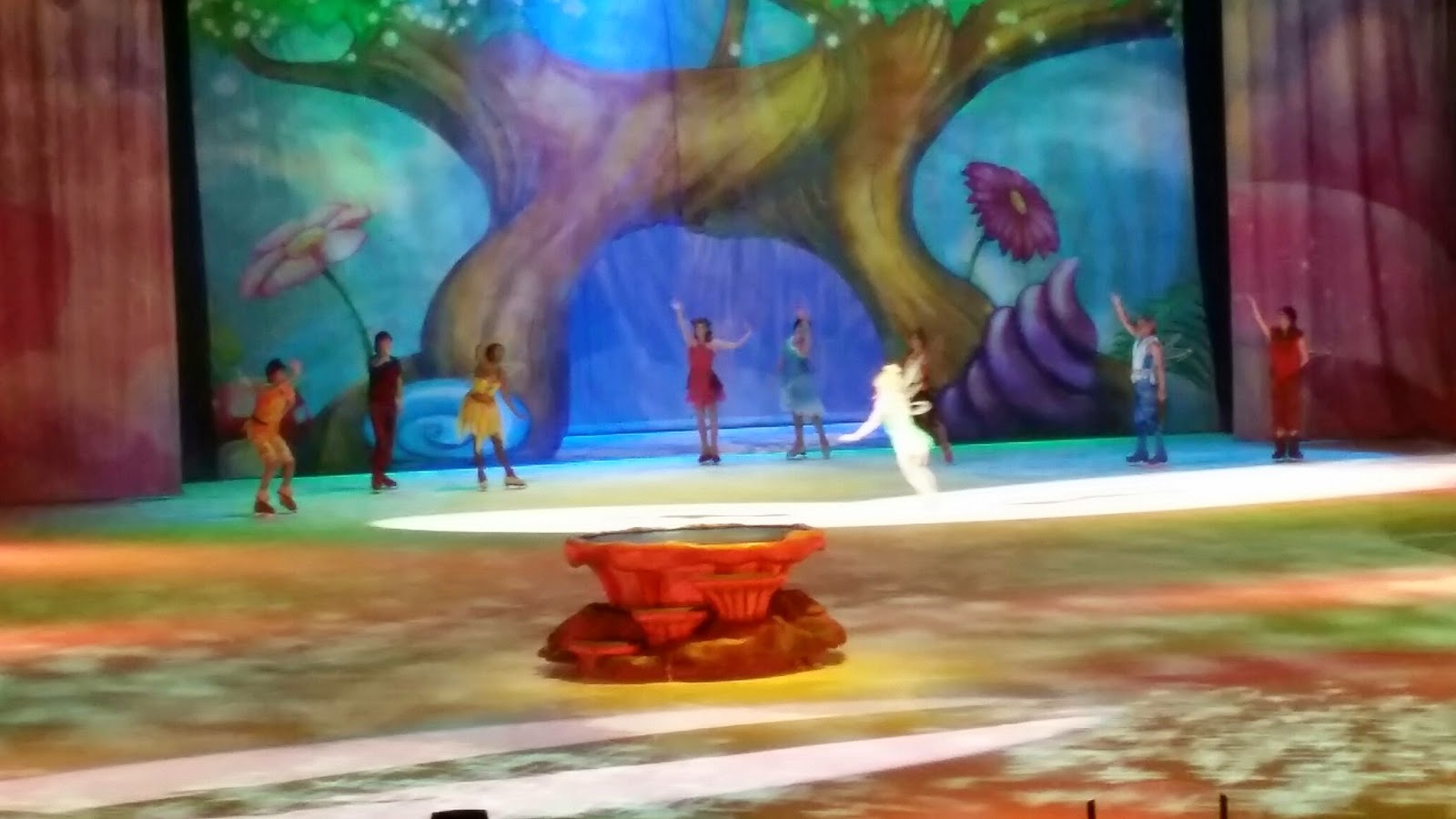 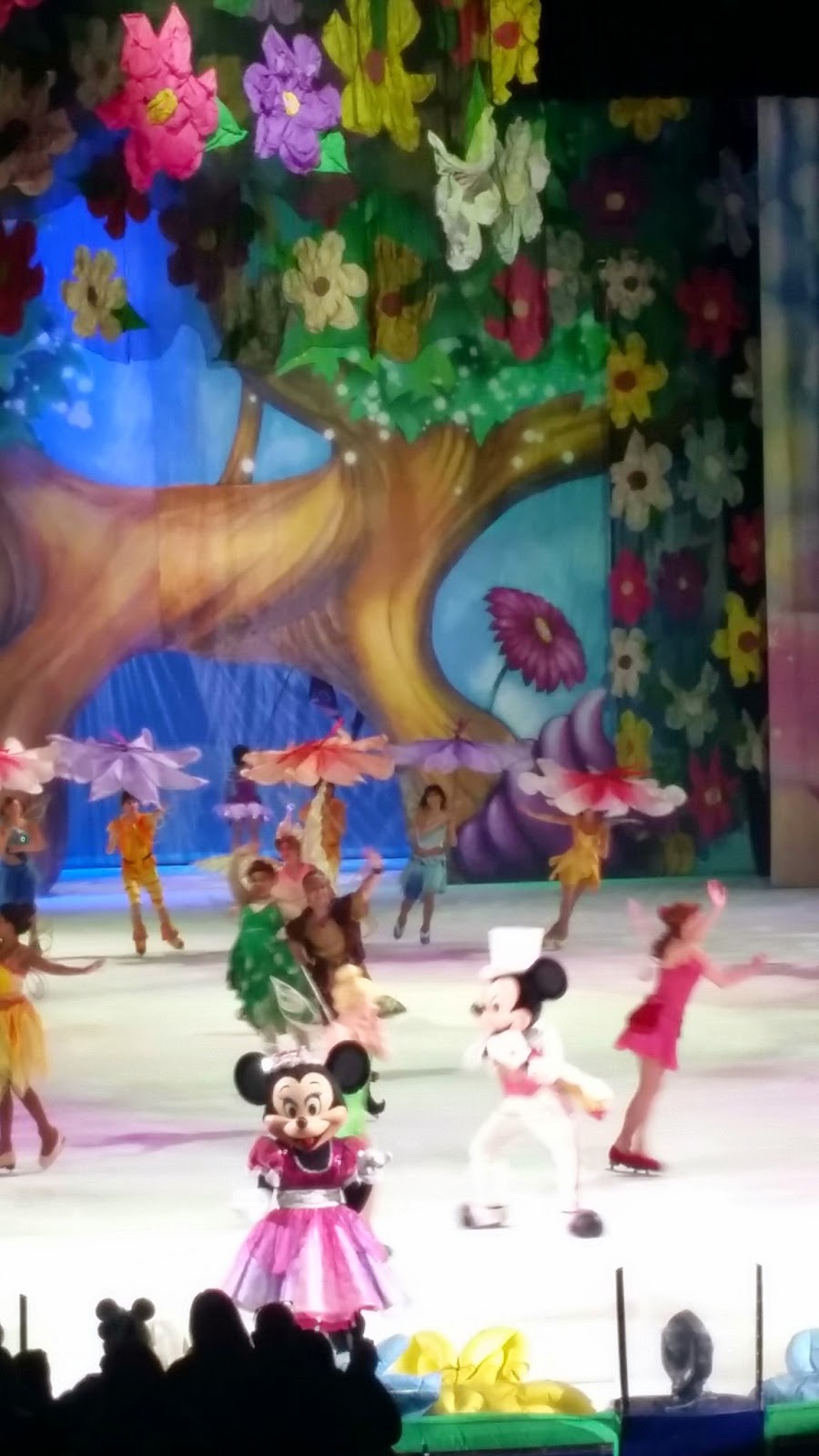 Pixie Hollow is safe and just in time cause up next was Toy Story and all the mania that goes along with these awesome toys that come to life for Andy !

Everyone was there... from the Green Men, the Claw, Aliens, Lotso Bear and all our usual favorites that have been in all three of the Toy Story movies. Again, an amazing effort to create a mini story with in a story to keep everyone very entertained ! 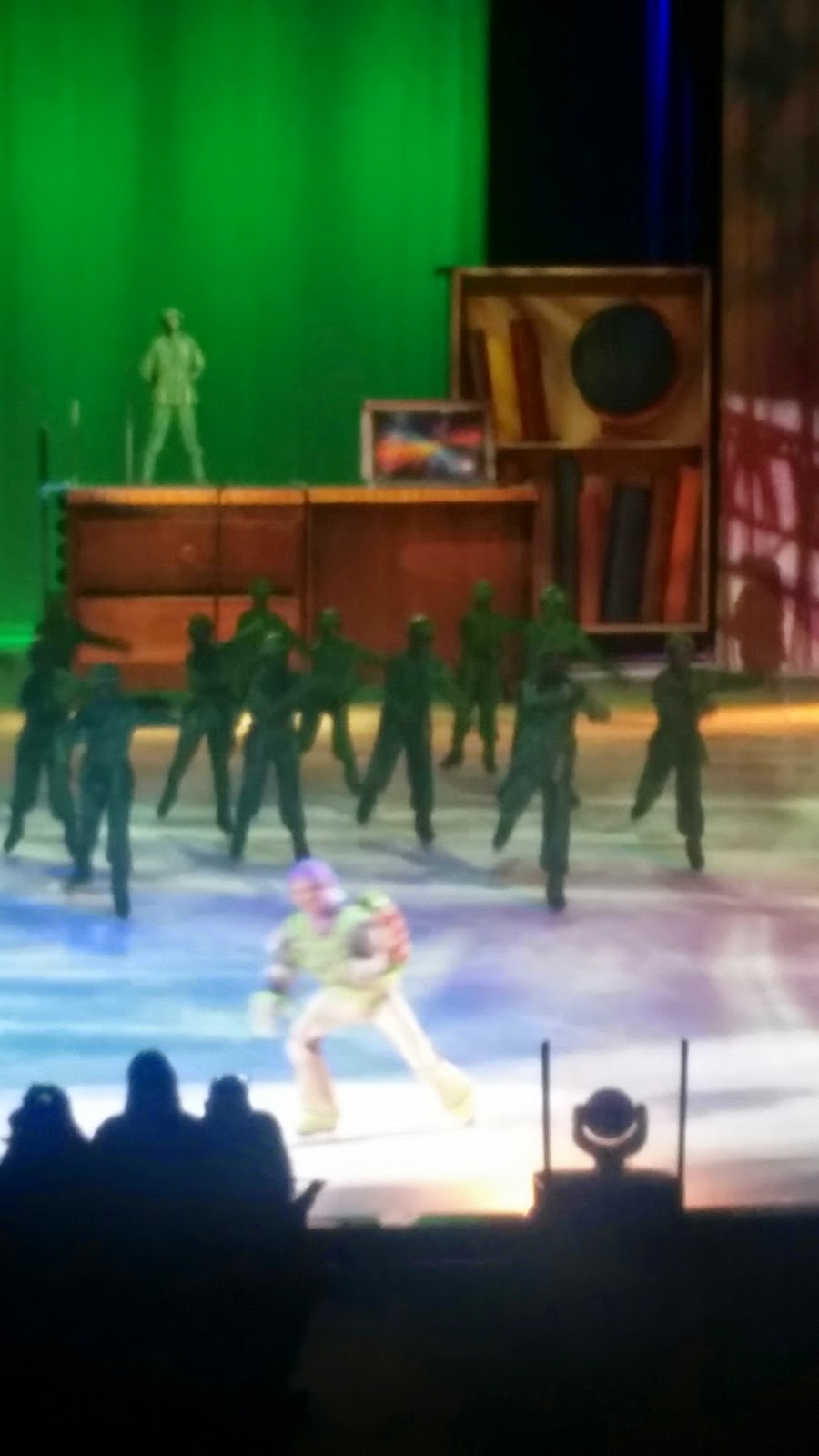 In the end all is right in the World Of Fantasy ! We had so much fun !

My daughter sang along and danced in her seat. My son loved every moment of Cars and Toy Story and was stuck on Little Mermaid since it's one of our most favorite rides to ride. He lasted the whole show. He did get a bit tired towards the end and wanted to kick off his shoes.. yes I know... but hey he is 3 and after being a super good boy for 2 hours plus intermission ... he deserved it.

Here are some of the super cute and fun souvenirs that you can get before or after the show ! 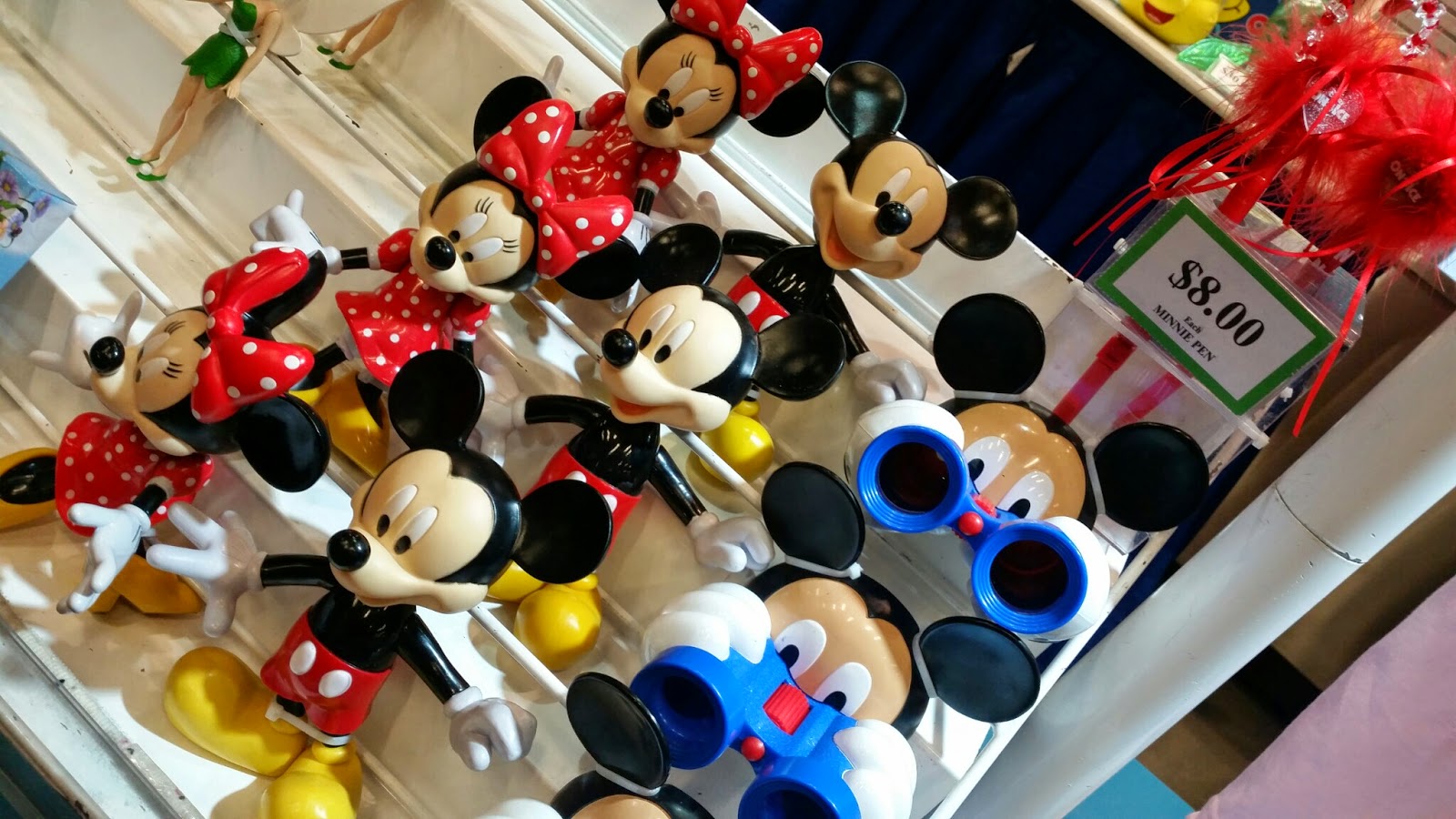 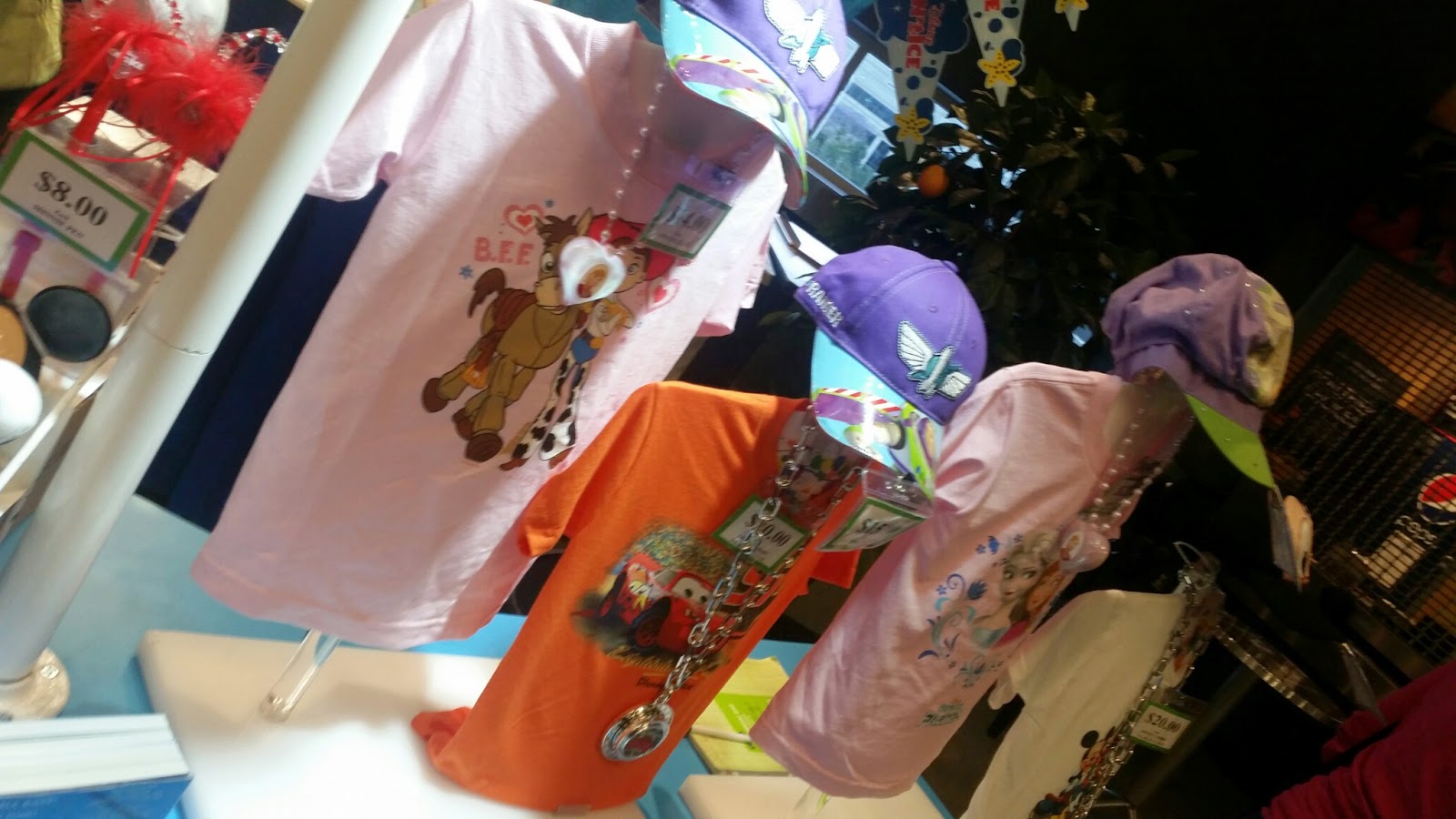 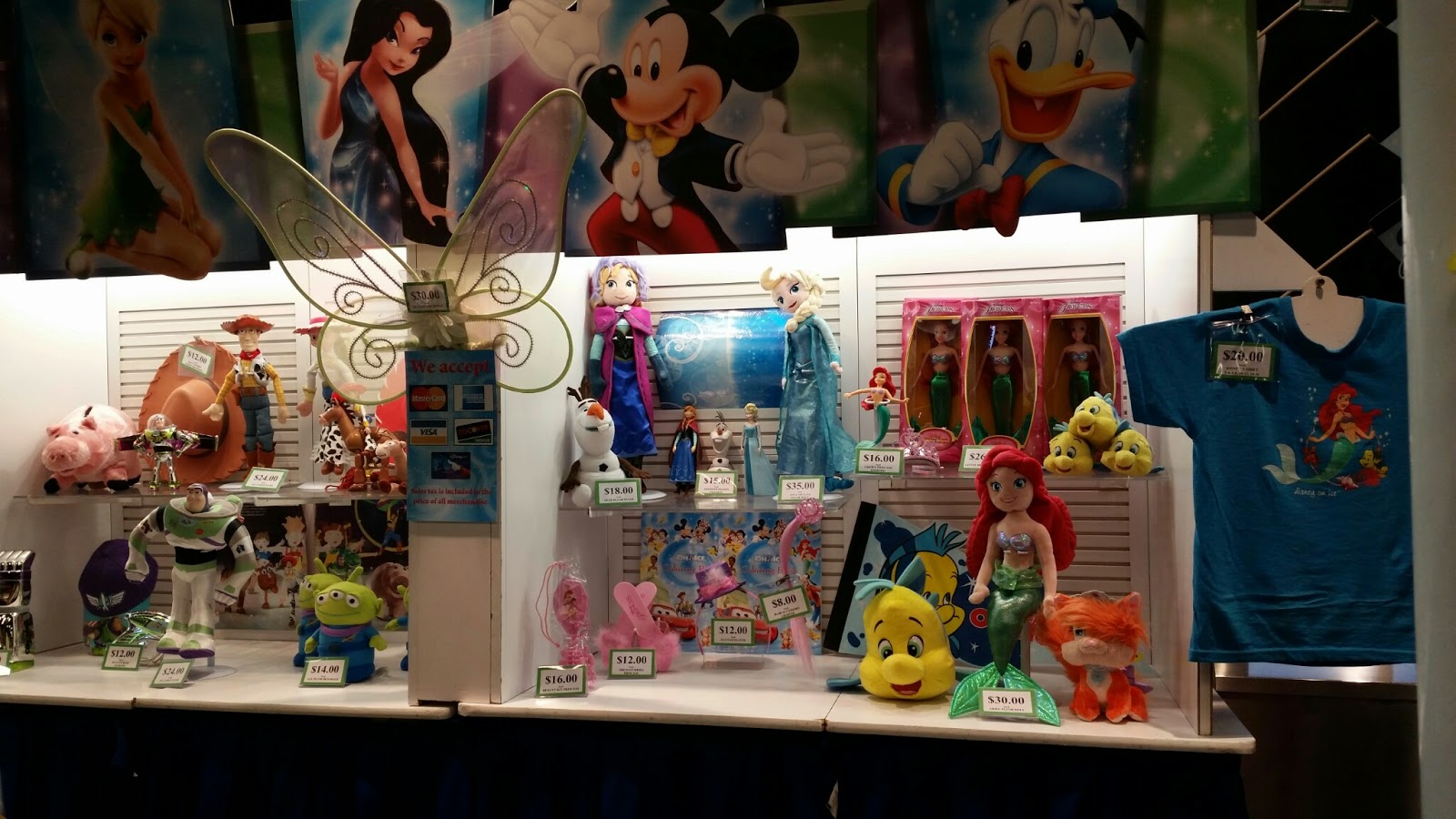 Hope everyone has a chance to see one of the Disney on Ice shows... up next for us (we already bought our tickets) is Disney On Ice FROZEN ! Do you have your tickets yet ? We know they will sell out fast so that will be a mom daughter date we can look forward to beginning of next year !

Love our Disney Fun !
Thanks Feld Entertainment for putting on such an awesome round of shows !
OnTheGoOC

Feld Entertainment is the worldwide leader in producing and presenting live touring family entertainment experiences that lift the human spirit and create indelible memories, with 30 million people in attendance at its shows each year. Feld Entertainment’s productions have appeared in more than 75 countries and on six continents to date and include Ringling Bros. and Barnum & Bailey®, Monster Jam®, Monster Energy Supercross, Nuclear Cowboyz®, AMSOIL Arenacross, Disney On Ice Presented by Stonyfield YoKids Organic Yogurt, Disney Live! Presented by Stonyfield YoKids Organic Yogurt and Marvel Universe LIVE!  More information about Feld Entertainment is available online at www.FeldEntertainment.com. #Ad #Spon We were given tickets to attend the show for review and blog. +Stonyfield Organic
Posted by Unknown at 11:05 AM