Scots Festival Returns to The Queen Mary Next Month!

It's time to break out your bagpipes and kilts because ScotsFestival is returning to the Queen Mary for its 26th anniversary on February 16-17 from 9am-6pm for another weekend filled with traditional Scottish athletics, dancing, entertainment, cuisine and more family-friendly fun!

Families are invited to experience the Queen Mary’s rich Scottish legacy first hand through a full schedule of authentic Scottish activities including dancing, entertainment, cuisine and tastings all in honor the Queen’s Scottish heritage. 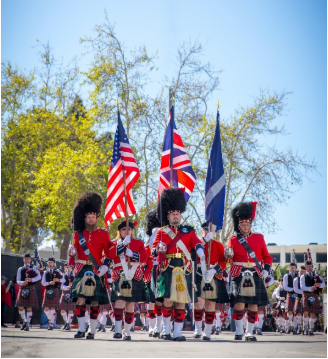 For the first time ever, the Queen Mary will be hosting North American Pro Athletes to compete in the International Highland Games, a precursor to today’s Olympic Games. The Highland Games were designed to test the strength, skill, and technique of ancient warriors by face offs! Wee laddies and lassies can try their own hand at mimi Highland Games including youth competitions in caber toss, archery, potato sack races and tug o’ war. There is no lack of fun activities for all ages!

Construction began on the Queen Mary eighty-eight years ago in the quaint seaside town of Clydebank, Scotland. The craftsmanship of the Queen Mary exemplifies the country’s finest work. Today its heritage is celebrated through the two-day ScotsFestival, honoring true Scottish culture. 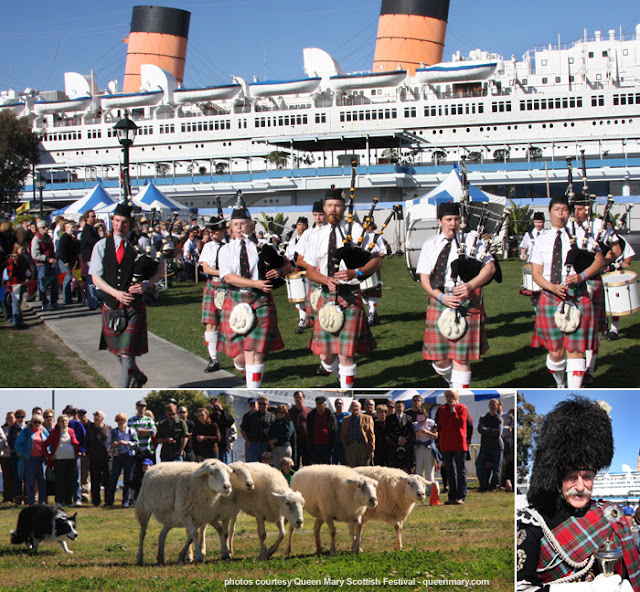 Begin your daily festivities at the Queen Mary’s ScotsFestival with the traditional Address to the Haggis at 11 a.m. in the Exhibit Hall where the Queen Mary’s Executive Chef Todd Henderson will cut and serve the Haggis in honor of the customary Scottish cultural celebration. Following the Address to Haggis, at 12 p.m. gather for the exciting Grand Parade of Clans & Bands. Sunday, February 17 at 9:15 a.m., begin the day with the Kirkin, a traditional Scottish non-denominational mass with live piano music and singing.

ScotsFestival offers whisky tastings and seminar sessions with aged malt experts every half hour beginning daily at 10:30 a.m. Grey Friar’s Pub opens on-board the ship beginning Friday, February 15 through Sunday, February 17, from 6 p.m. – 12 a.m. Keep cozy into the wee hours of the night at the pop-up pub with authentic food, a full bar, and an atmosphere plucked straight from the backstreets of Edinburgh.

Saturday, February 16, continue the fun into the night with the Gaelic tradition, Ceilidh. Grab a pint and experience the celebration with games, live music, food, drinks, and dancing at the pub-style deck party. Tickets to the Ceilidh are $10 online, $12 at the door, and the party is open to all ages.
More Scots Fest Fun

The wee laddies and lassies can bear witness to Queen Mary’s knighting and coronation ceremonies and take part in mini Highland Games including youth competitions in caber toss, archery, potato sack races and tug o’ war.
Ticket Details...
Tickets to the 26th Annual ScotsFestival and International Highlands Games are on sale now and start at $25 online (ages 12+) and $12 online (ages 4-11) for one day general admission. VIP tickets start at $45 online and include VIP entry, access to the shaded VIP Lounge, (1) drink ticket, and access to Ceilidh. Upgrades, ticket add-ons, and hotel packages will also be available. Discounts are available to military and seniors. Visitqueenmary.com for more details and to purchase tickets online.

Festival tickets on sale now at QueenMary.com
Posted by OnTheGoOC at 12:00 AM

Email ThisBlogThis!Share to TwitterShare to FacebookShare to Pinterest
Labels: LA, OC, Things To Do