Grab your costumes and get ready to “boo-gie” down at Legoland CA with Brick-or-Treat!
We love this event at Legoland... it's a great way to experience bricks, treats, rides, the theme park entertainment, food and more during Fall. 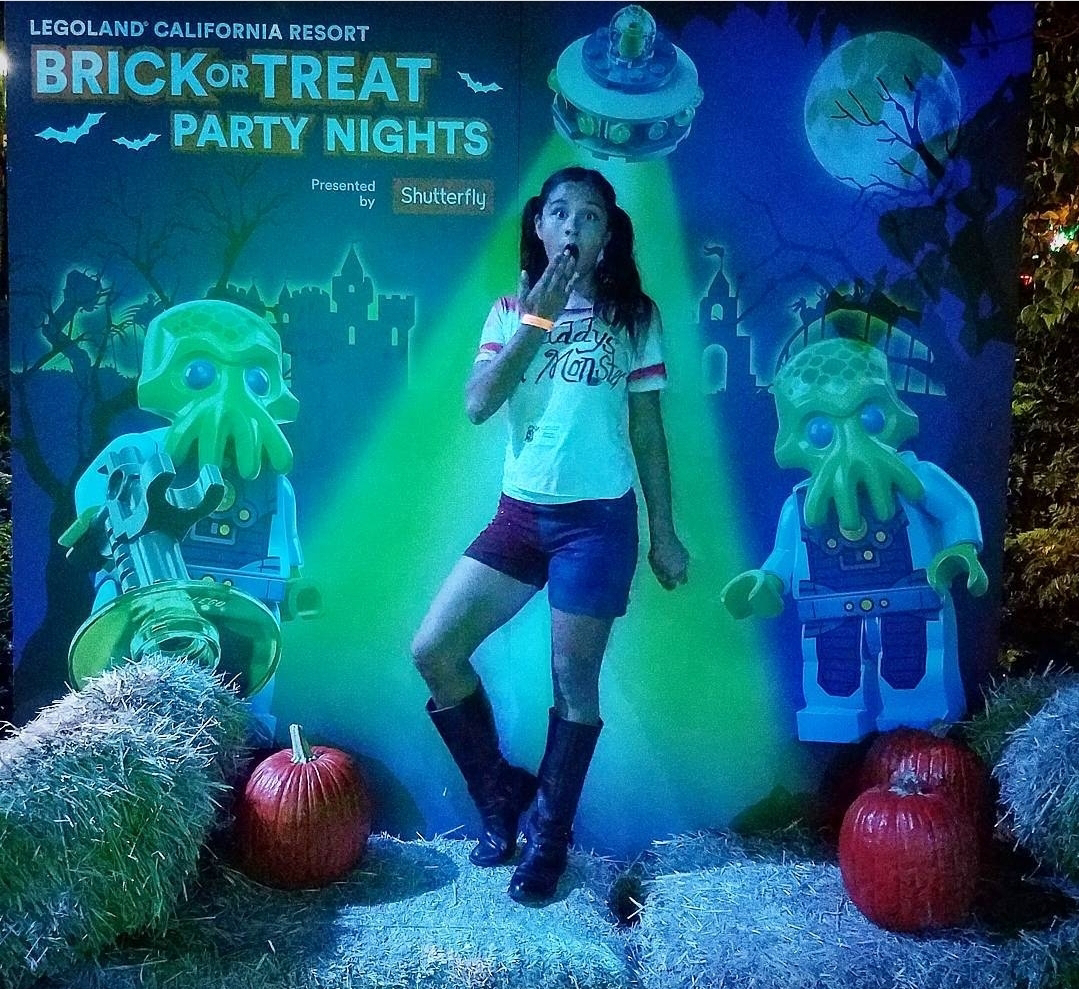 The frighteningly-fun Monster Party begins the moment guests enter the Park with Instagrammable photo spots, LEGO Monster Character Meet & Greets, a scavenger hunt and the Monster Security Checkpoint Street Performers checking that only “real monsters” are entering the party! Treat stations themed to each spooky zone featuring an assortment of candy can be found throughout the Park, with friendly ghoulish stilt walkers passing through to say “Boo!”

Along the way, guests can collect themed pop badges and a commemorative Brick-or-Treat brick. All guests are encouraged to join the festivities in costume and get ready for a howling fun time.

All new bewitching entertainment is popping up throughout the Park, including the new 4D movie: “The Great Monster Chase!” Kids and families will be on the edge of their seats as they watch to see what happens when tweens crash a Monsters-only party. The not-so-spooky flick features exciting special effects which include wind, bubbles, water and more. The fun doesn’t stop there as guests get a chance to meet some of the film’s stars, members of the LEGO Monsters of Rock, as they roam through the Park. New characters include Monster Rocker (guitarist), Zombie Cheerleader (keyboardist), Tiger Woman (bassist) and Wolf Guy (drummer).


It wouldn’t be Brick-or-Treat without new shows and entertainment which include:
• V.I.M. (Very Important Monster) Costume Party hosted by Lord Vampyre. Everyone is invited to compete in the thrilling costume contest and Party. Make sure you’re wearing your best monster costume and be ready to dance your skeletons off!
• Zombie Cheer Crew, where you can witness the monsterous moves of the Zombie Cheer Leaders!
• Operation Monster Squad, where little monsters can be recruited for the official Brick-or-Treat Monster Squad
• The Monster Rock Off, a live concert where our favorite monsters will be rocking out
and playing incredible guitar riffs!

For more electrifying excitement, the Park’s signature roller coaster, Dragon Coaster, has been transformed into the Disco Dragon Coaster, with festive new decorations, a groovy monster soundtrack and an illuminating party atmosphere.

Enjoying the fun throughout the Park is even sweeter with the special edition treats our monsters have hand-crafted exclusively for the party, including a Brick-or-Treat Monster Shake, monster-themed cookies and crepes and an exclusive Monster Party souvenir drinks cup.

Brick-or-Treat is included in a general admission ticket and select annual passes.
The Halloween festivities begin Saturday, Sept. 17 and continue every Saturday through Oct. 29. Follow along on social media with #LegolandCA and #BrickorTreat too.
For more information and to make reservations, visit: www.LEGOLAND.com/California.
Posted by OnTheGoOC at 10:14 AM