Just in Time for This Summer’s New Mega Attraction “Jurassic World—The Ride” and the Return of “Dark Arts at Hogwarts Castle” from June 22 – August 11
With the California Neighbor Pass, Guests Can Enjoy Over 175 Days of Unlimited Thrills for $149 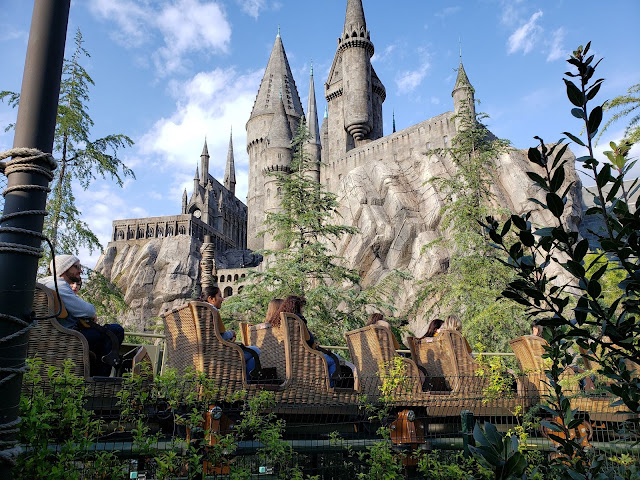 Get ready for “Jurassic World—The Ride” opening this summer at Universal Studios Hollywood with the popular California Neighbor Pass, offering guests a premium opportunity to experience more than 175 days of up close and personal encounters with the ferocious Tyrannosaurus rex and behemoth Mosasaurus for $149.
With over 175 day of limitless fun at the unbeatable price of $149, the California Neighbor Pass is the ultimate ticket to an epic adrenaline rush with every visit to Universal Studios Hollywood.
Based on the global blockbuster hit, “Jurassic World—The Ride” is a spectacular new adventure that will take guests on a breathtaking excursion through the theme park as depicted in Universal Pictures and Amblin Entertainment’s film, JURASSIC WORLD.  It will soar to new heights with the addition of iconic dinosaurs from the movie, including the colossal Indominus rex and the magnificent aquatic Mosasaurus, which will mesmerize onlookers in her natural habitat.


And that’s just the beginning. From Saturday, June 22 through Sunday, August 11, “Dark Arts at Hogwarts™ Castle” returns to Universal Studios Hollywood with a mesmerizing display of light, music and special effects that unleashes the dark creatures and villains within “The Wizarding World of Harry Potter.”
As darkness falls on Hogwarts castle, Dementors™, Death Eaters and other unspeakable creatures from Aragog and Mountain Trolls to Thestrals will cloak the castle with sinister images from the darker side of magic—even conjuring the visage of Lord Voldemort™ himself, until the Patronus spell—one of the most famous, difficult and powerful defense of the Dark Arts charms in the wizarding world—is cast.
This spectacular light projection experience is accompanied by an exclusive musical arrangement that emanates in a surround sound environment. It was conducted by prolific arranger William Ross and recorded by the London Symphony Orchestra in London, based on the original scores composed for the film series created by Academy Award®-winning composer John Williams.
And there’s more.  "Fast & Furious—Supercharged” takes guests on a wild ride that begins the moment they step aboard the world-famous Studio Tour. This high-octane, adrenaline-fueled thrill ride, featuring the stars of the hit movie, catapults guests into the high-stakes underground world of fast cars in a harrowing escapade—at perceived speeds in excess of 120 miles per hour—to save one of their own from an international crime cartel.
Feeling happy? Guests are invited to join the Stuart, Tim and Tom on “Despicable Me Minion Mayhem” for some outrageous entertainment that transforms guest recruits into beloved, gibberish-speaking Minions, before stepping into Super Silly Fun Land, the seaside carnival inspired from the original “Despicable Me” blockbuster film. 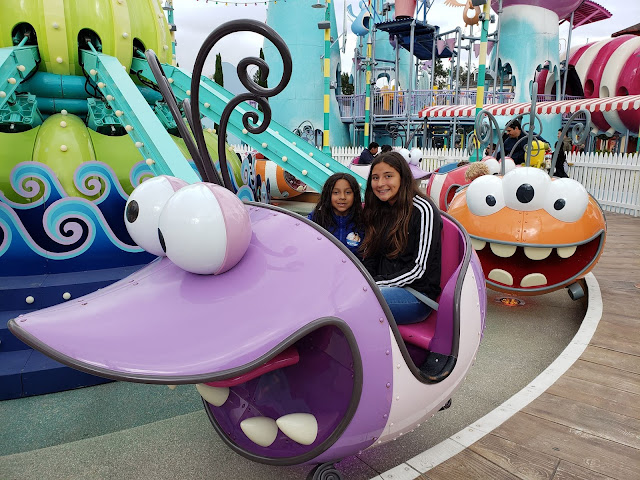 From “Transformers:  The Ride 3D,” “Revenge of the Mummy—The Ride” and “The Simpsons Ride” to “King Kong 360 3D,” “The Walking Dead” attraction and “WaterWorld,” the action is non-stop and the California Neighbor Pass is the one-way ticket to fun.
The California Neighbor Pass enables guests to choose any day for their first visit and return to enjoy Universal Studios Hollywood for more than 175 days over nine months, including select weekends, for $149 when purchased online. Special discounts on general admission tickets for friends and family to the theme park along with the popular “Halloween Horror Nights” are included in this season pass program.
Additionally, pass members can enjoy sweepstakes opportunities and discounts at participating CityWalk locations.
More information about the California Neighbor Pass and other Annual Pass options, are available at www.UniversalStudiosHollywood.com/tickets. Blackout dates and restrictions apply. Like Universal Studios Hollywood on Facebook and follow @UniStudios on Instagram and Twitter.
Buy Now at California Neighbor Pass ....
Posted by OnTheGoOC at 6:30 PM