Are You Ready to Scream at Knott's Scary Farm!

We have all the deets on new mazes, rides, shows, BooFets fests and more. 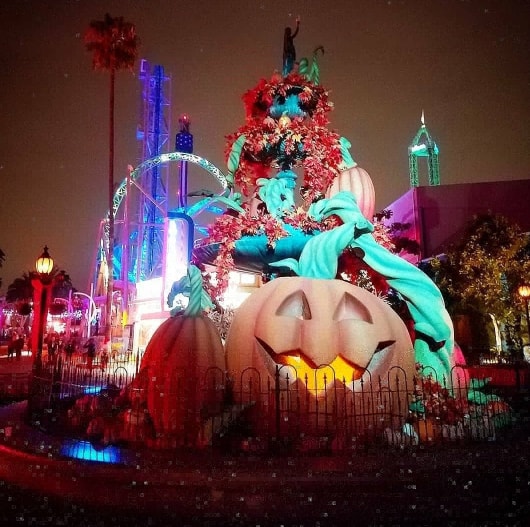 This year my daughter is in 7th grade, do you know what that means, I do.
She reminded me that I told her years ago and for many years to follow that she could go to Knott's Scary Farm when she gets into 7th grade like I did back in the day of 1992.
So here we are many, many years later since my first visit to Scary Farm and I know the intensity has grown with the scary being amplified since 1992 but I'm planning to surprise her with tickets!
Have you taken your tween? How did it go? Did they scream for more or just scream?

My girl is brave, loves to be scared, watches scary movies and loves all of that. I cringe and scream and she looks to see what's next. She is going to love it.
I can not wait to come back and share how it went and what we did... I mean aside from my laugh crying cause that's what I do when I get freaked out and Scary Farm does a great job of that!

﻿
Since there is so much to do, see, run from and scream at we wanted to break it all down for you.
Plan ahead and make the most of theirs Fall fun!
Everything Knott's Scary Farm.. ready.. go..
Knott’s Scary Farm is the most haunting Halloween experience in Southern California, delivering unimaginable scares and innovative thrills since 1973 and continues to make the most twisted delusions come to life.
This season new horrors are in store with the frightening new maze Wax Works, where a mysterious figure has been seen tinkering at night and is ready to show off his beautiful yet terrifyingly life-like masterpieces of hot molten wax and bloody flesh.
Or pierce the veil of time to discover the secret of the evil fog that hangs over Knott’s Scary Farm’s Ghost Town’s streets in the new maze Origins: The Curse of Calico.
A hilariously outrageous new show will be brought to life as world-class comedian puppeteers from The Jim Henson Company encourage guests to participate in the improvised comedy antics in Puppet Up! – Uncensored, which is intended for mature audiences.
With 14 haunted attractions and more than 1,000 horrifying creatures roaming the park, nightmares never end at Knott’s Scary Farm. Select nights from September 19 through November 2. 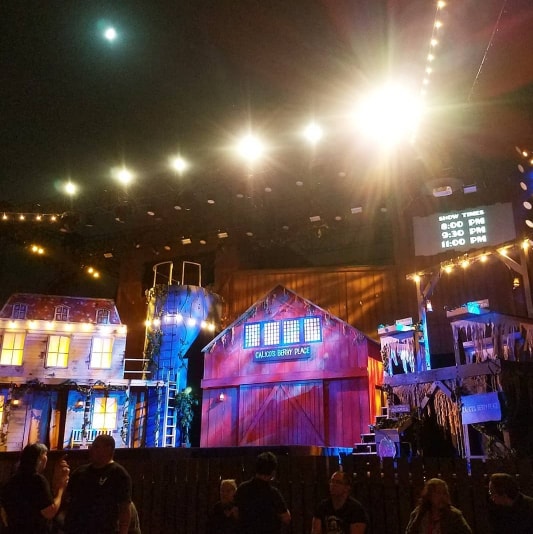 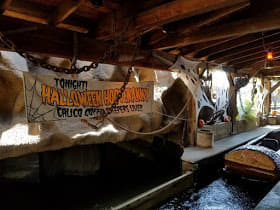 ﻿
The Hanging – It’s Knott’s Scary Farm’s annual live stage show that looks back at the year’s pop culture with some killer comedy. Notorious for its special effects and high-flying stunts, The Hanging is a no holds barred assault on pop culture’s most infamous moments of the past year.
A must see parody!
CONJURERS– Magic and Mirth in the Birdcage Theatre – The Bird Cage Theatre will once again become the home of comedy and magic. Join award-winning magicians and CW’s Masters of
Illusion regulars as they take the stage to amaze and amuse. Witness magician Chipper Lowell and Dana Daniels front and center as they perform on select nights.
AWAKEN THE DEAD – A non-stop DJ dance party has taken over Fiesta Village, where guests can jam with candy skull go-go dancers and dance to music so popular it’s sure to Awaken the Dead.
Scare Zones Knott’s Scary Farm is far more than a collection of haunted attractions. Every night monsters spill out onto the streets and turn theme park midways into murderous scare zones.
From the world famous Ghost Town Streets to the Boardwalk area filled with evil clowns, there’s nowhere to hide in Knott’s Scary Farm. Ghost Town Streets is the original and largest, most terrifying scare zone that started it all. Bands of half-human, half-animal monsters prowl the streets and inhabit the fog, and beware the notoriously startling sliders, who lunge from fog-filled corners of the land.
On the Boardwalk, deviant clowns crave your undying attention in the CARNEVIL scare zone. The Hollow scare zone will terrorize guests as the Witches of the Hollow along with their armies of creatures have risen once again to battle with the Witch Hunter.
The Lake underneath Silver Bullet recedes to reveal the Forsaken Lake scare zone, where gothic creatures ravaged by the dark and murky waters wander from their crypts preying on unsuspecting visitors, looking for victims to drag back to their watery graves. 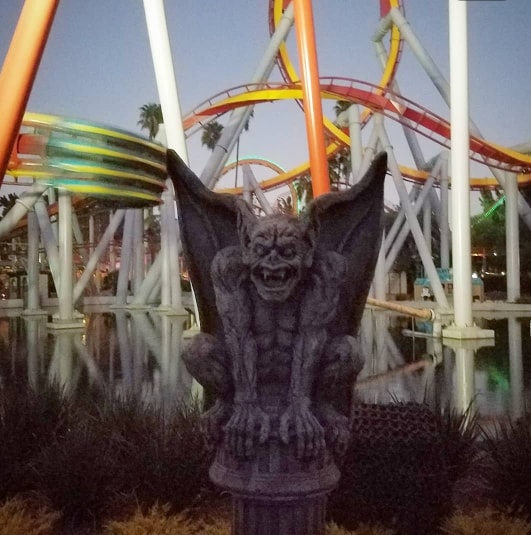 ﻿
Knott’s Scary Farm Pass & Admission
The Knott’s Scary Farm Pass returns for the 2019 season and offers unlimited visits to
all 26 event nights. Current 2019 Knott’s Berry Farm Season Passholders can purchase the pass at the limited time price of $90 and non-passholders can purchase the Scary Farm Pass for just $100.
Prices are valid through Sept. 15 or while supplies last. Plus all applicable taxes and fees.
Single night tickets - Buy tickets at KnottsScaryFarm.com and save up to $41 off the regular main gate price of $84. Knott’s Season Passholders receive a discount on single night tickets. Applicable taxes and fees apply to online orders.
Fright & Fast Lane – Ride and scream all night long with unlimited priority access to all mazes plus priority boarding on all Fast Lane rides. Fright & Fast Lane starts at $90 and varies by night. Separate Scary Farm park admission required, and not included.
Combo Tickets offering admission plus Fright & Fast Lane are an especially great value starting as low as $125 plus applicable taxes and fees. This combo is only available online. Save up to $49 with this admission plus Fright & Fast Lane Combo and Knott’s Season Passholders save up to an additional $5.
Knott’s Scary Farm Boo-Fet - Offered at Mrs. Knott’s Chicken Dinner Restaurant and
Spurs Chophouse, munch with monsters before Knott’s Scary Farm opens each night.
Meals include a 2019 souvenir bottle, which gives unlimited complimentary refills on the
event night and $1.00 refills for the rest of the 2019 season. After dinner, enjoy early
entry into select areas of Knott's Scary Farm a few minutes before it opens to other
mortals. Boo-fet early entry will be to Paranormal Inc., Dark Entities, The Depths and the brand-new maze Wax Works as well as allow for exclusive photo opportunities with the monsters. The Knott’s Scary Farm Boo-fet dinner is $34.99 + applicable taxes and fees when purchased online. Separate theme park admission required, and not included.
Knott’s Scary Farm general parking is $22 per vehicle and can be purchased online or at the parking booth upon arrival.
Applicable taxes and fees apply to online orders. All Season Long Parking is valid for Knott’s Scary Farm nights.
Knott’s Scary Farm has welcomed millions of visitors over the past 46 years and has become an institution in the Southern California theme park landscape. This year, the event returns September 19, 20, 21, 26, 27, 28, 29, October 3, 4, 5, 6, 10, 11, 12, 13, 17, 18, 19, 20, 24, 25, 26,
27, 31, November 1, and 2. Knott’s Scary Farm is open 7:00pm – 1:00am on select Thursdays and Sundays, and 7:00pm – 2:00am Fridays and Saturdays.
Due to the explicit and frightening nature of the event, it is not recommended for children under 13. This year’s Knott’s Scary Farm experience is Where Nightmares Never End!
For more information on Knott’s Scary Farm, including admission, park hours and events, visit www.knottsscaryfarm.com or download the Knott’s Berry Farm app for your smart phone.
Join the scary conversation by using #ScaryFarm on Facebook, Twitter, Instagram and Snapchat.
Happy Screaming!
Posted by OnTheGoOC at 9:10 AM