It really is no secret that we fill our bellies with the tasty goodness of Jimboy's often. I love introducing the Original American Taco to everyone.
The taste is unique to SoCal and is as fresh as it was when the eatery started over 60 years ago! 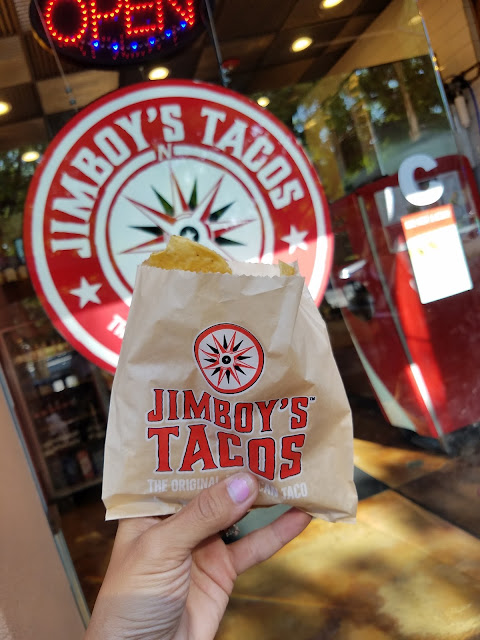 With all the amazing tastes they offer at their locations it just isn't enough! I mean we need a Jomboy's on like every street.... well that is what would make my taco cravings happy.
Oh but did you hear the news... because of the popularity Jimboy's has had and has continued to grow, 20 more Jimboy's locations will be popping up all over SoCal!

A household name in Northern California, Jimboy’s has been serving its famous tacos since 1954 and has earned a loyal following thanks to its signature menu item, the Original Ground Beef Taco. Made with fresh, never frozen, seasoned ground beef, hand grated American cheese, and crisp lettuce all encased in a crunchy stone ground corn tortilla that’s dusted with Parmesan cheese, the Original Ground Beef Taco is a one-of-a-kind flavor experience that fans crave.

“All it took was one bite of their original crispy taco to know Jimboy’s was something very special, and that we had to be a part of it,” said a representative from the All American Taco Company (ATC), the franchise group leading the Southern California expansion efforts. “From delicious grilled burritos, bowls and salads to its signature parmesan-dusted tacos, it’s easy to see why Jimboy’s has become legendary in Northern California, and we’re excited to bring the signature experience and some seriously amazing food to SoCal!” 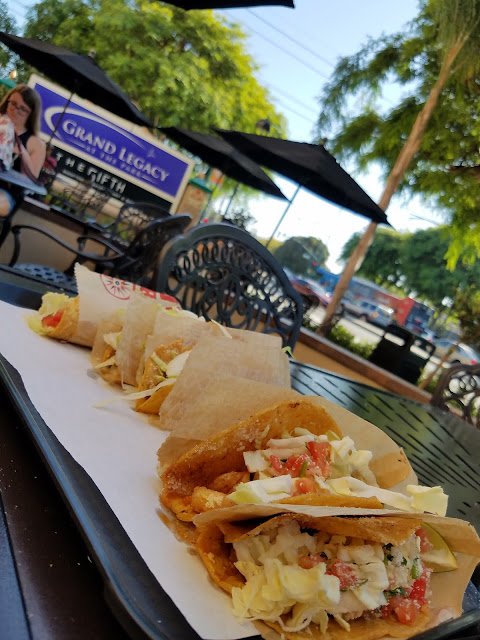 ATC plans to open 20 Jimboy’s Tacos in cities including Huntington Beach, Brea and Costa Mesa, with all new locations modeled around an updated prototype featuring a contemporary twist on 1950s car culture. The restaurants will incorporate retro design elements, natural wood, digital menu boards, historical prints, and stainless-steel attributes that mimic the food trailer from which the first tacos were served.

“While continuing to pay homage to our roots, we have elevated the brand and are focusing on what makes Jimboy’s one of a kind, our tacos!” said Bob Andersen, chief executive officer for Jimboy’s Tacos. “We’re proud to partner with All American Taco Company to introduce Jimboy’s Tacos to new guests throughout Southern California, and give residents the opportunity to experience for themselves why Jimboy’s has been in business for more than 60 years.”

Today, the company operates 38 locations throughout California and Nevada. For more information about the Jimboy’s brand, locations, menu, franchising opportunities and more, please visit www.jimboystacos.com.
Don't forget to visit our favorite location of Jimboy's on Harbor Blvd right across the street from Disneyland at the Grand Legacy Hotel.
Happy Taco Tues...well Everyday!
Penny
Posted by OnTheGoOC at 10:46 AM

Email ThisBlogThis!Share to TwitterShare to FacebookShare to Pinterest
Labels: Foodie, Jimboys, OC, so good, Tacos, Things To Do