Queen Mary Brings Screams, Frights, Food, Side Shows and So Much More with Dark Harbor

Have you been to Dark Harbor? Their goal is to scare the SHIP out of you... they do an amazingly frightful job of it too. 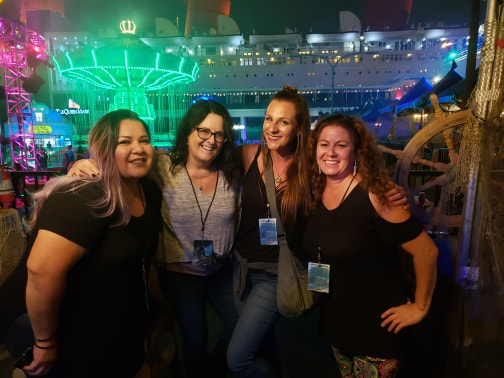 ﻿
One of my most favorite events each Halloween Haunt season is Dark Harbor. There is something about being on the ship that is creepy in itself and so intriguing. 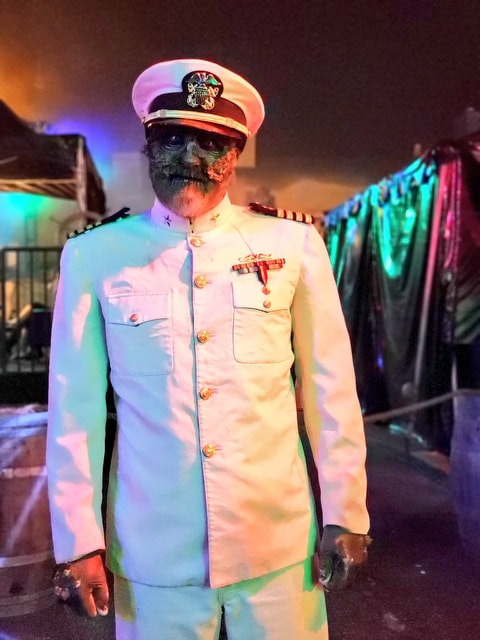 ﻿
I wanted to give you a run down on my favs, must see, tips and more...
1. There is fog everywhere. From the moment you walk in and all throughout the mazes. Lots of it.
2. Hundreds of monsters and ghouls waiting for you each night after an opening ceremony behind gates. They are everywhere, hinding, lurking and creeping in the shadows. 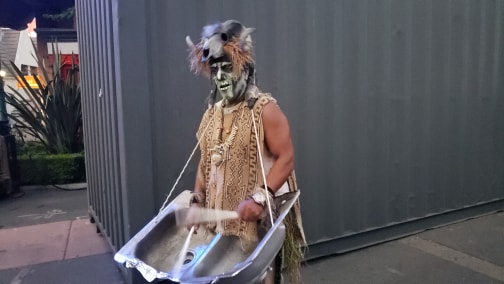 ﻿
3. The mazes are awesome. Each one is so different and scary in it's own way. From on board the ship to a transformation in a dome tent, the setting is definitely set for horrors of all kinds to find you.
4. Sliders!! Not the food but the crazy creeps the come sliding towards you on their hands knees and bodies with sparks flying. Yes. Those Sliders are amazing. They have their own show, not to miss, but also linger around just to freak you out too. 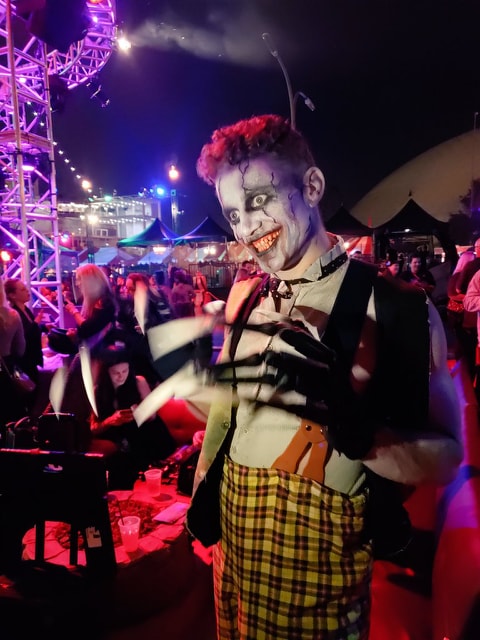 ﻿
5. The Ship itself. I think that one of my most favorite things about Dark Harbor is that some of the mazes are on the ship herself. The Queen Mary is a wonder and such a magnificent ship. There are stories and tales but to walk amongst them makes the haunt festivities another level, just let your mind think about the shops history of haunts..... 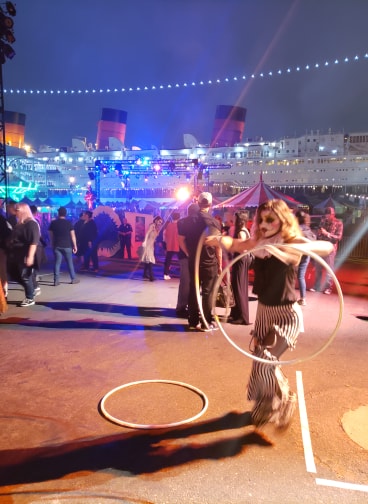 ﻿
Bonus.. the food!! There are a lot of options to purchase on site & even a buffet that you can add on. Also you can reserve a cabana right next to the side shows like aerial acts. 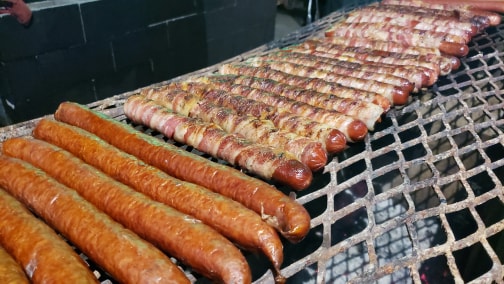 ﻿
Okay Bonus 2. There are hidden bars randomly around inside the mazes. Find a Dark Harbor haunt member with tokens around the front of the mazes and look for the clues to happy spirits! Hint - the tokens we saw were in a cauldron type container.
We had such a scream I lost my voice!!
My daughter us just starting to go to haunts this season. Hopefully I can take her back for her first Datk Harbor experience. 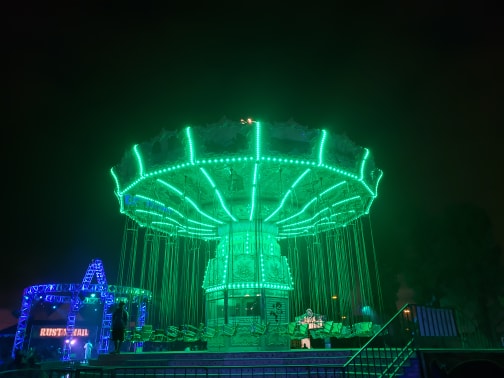 ﻿
As we get later in the season, the crowds go up, they have a fastlane pass to help with the lines at two price levels that can be added on to your ticket onsite too.
Have fun.. here are all the extra deets. Here is an opening night video!
Follow along & get social with #darkhabor #qmdarkharbor and #queenmarydarkharbor 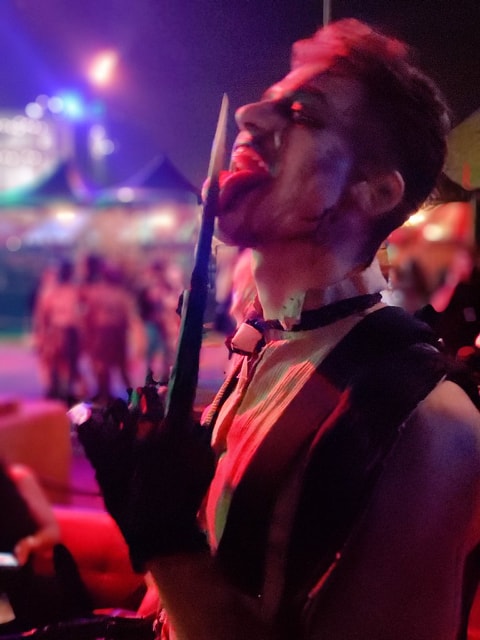